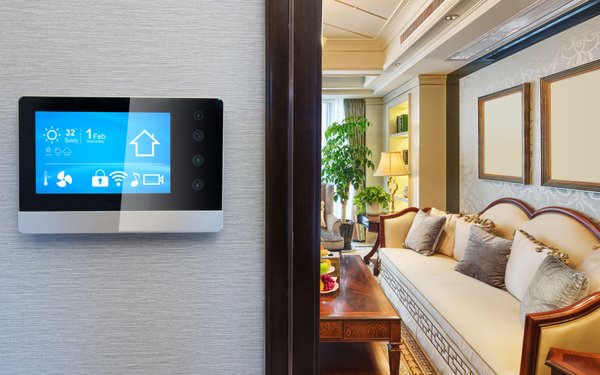 More homes are getting smart.

The number of smart-home systems in North America increased 51%, reaching 22 million homes at the end of last year, according to a new study.

The installed base of smart-home systems reached 83 million, with 74 million of those being point solutions designed for a specific function, while 8 million were multi-function or whole-home systems, according to the report by Berg Insight.

North America is the most advanced smart-home market globally, with 16% of all households being connected, with more growth is projected. From last year to 2022, the number of households adopting smart-home systems is projected to grow 23% per year, resulting in 63 million smart homes by 2022.

Revenue is following growth, reaching $12 billion last year -- up 46% from a year earlier -- and expected to grow 25% a year until 2022, reaching $36 billion in annual revenues by that time.

The European market for smart-home systems is a bit behind North America, at least at the moment. At the end of last year, there were 58 million smart-home systems in use, up from 40 million the previous year. By the end of the year, 10% of all households in Europe were smart, with annual growth of 30% projected for the next five years. By 2022, there will be 84 million smart homes in Europe, according to Berg.

Berg Insight’s definition of a smart home system requires that it has a smartphone app or web portal as a user interface.

As might be expected, point solutions such as smart thermostats, smart plugs, voice-controlled speakers and smart lamps are where most consumers start on their road to a smart home.

No matter the measure, smart homes are on the move. At the end of last year, the number of smart homes in North America and Europe reached 45 million. By 2022, that number is projected to hit 147 million.