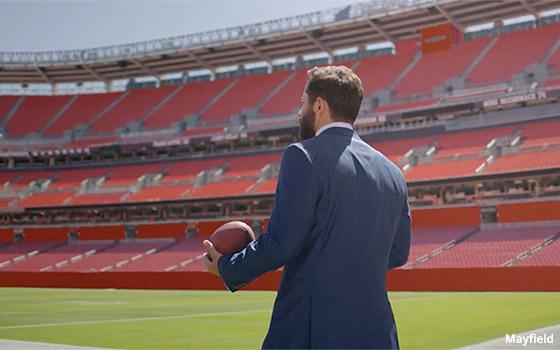 Mayfield — now the team's starting QB — is shown walking around in a football stadium in AE attire as a voiceover speaks about the brand's ethos.  Here is a link.

This media buy and timing were the result of incredible luck, says an agency spokesperson. The brand hopes to capitalize on this increased awareness with the broader rollout.

AE is also partnering with an array of American craftsmen to offer high-quality Made In America apparel items, bags and accessories under the "Artisans of Freedom" collection.