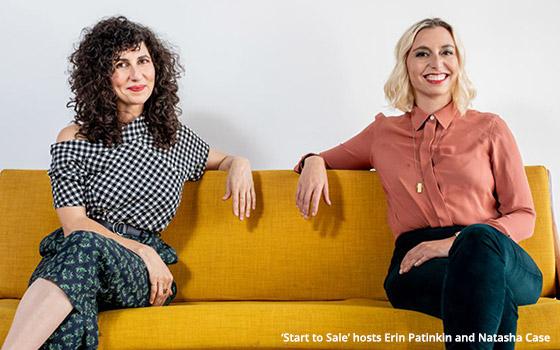 Vox Media revealed the upcoming slate of programming from its Vox Media Podcast Network, including a slew of new shows, new seasons of popular programs and brand expansions of ongoing shows.

New shows added to the free offerings include “Pivot with Kara Swisher and Scott Galloway,” a podcast from Recode; “Start to Sale” from Eater; “It Seemed Smart” from SB Nation and “Function with Anil Dash” from Vox Media.

Vox will also unveil a new podcast in the coming weeks.

In addition to “It Seemed Smart,” “SB Nation” developed a portfolio of podcasts, one for each of the NFL’s 32 teams.

Vox Media has also developed new seasons of its most popular programs, including Vox’s “The Impact,” The Verge’s “Why’d You Push That Button” and Polygon’s “The History of Fun.”

In addition, The Verge’s “The Vergecast” and Vox’s “The Ezra Klein Show” will publish twice weekly beginning next week.

The Vox Media Podcast Network has found innovative ways to incorporate advertising into its collection of programs, not just industry-standard host reads and endorsements, which it also employs.

For example, on “Recode Decode,” Kara Swisher conducted a fictional interview with Silicon Vally’s Russ Hanneman in an HBO-sposored spot.

This fall, the Podcast Network has attracted Smartwater, Quickbooks and TriNet, among other brands as participating sponsors.

Vox Media’s new podcast lineup comes after the recent shuttering of the company’s popular fashion brand Racked. The announcement came earlier this month. The vertical will be folded into the newly launched vertical The Goods, which focuses on “what people buy, and — more importantly — how and why.”