Smart Checkout Tech At Retail Projected To Hit $45B 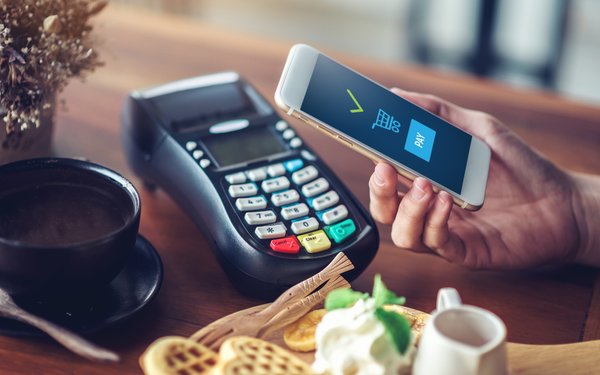 Amazon and other retailers have been converting the model of how shoppers get out of stores by using various payment methods, all intended to bypass cashiers and checkout lines.

Now there’s some research indicating that this transition will be significant.

Smart checkouts will process more than $45 billion in retail transactions in 2023, according to Juniper Research. That will be up from about $253 million this year, for an annual growth rate of 182%.

However, the move to ‘just walk out’ retail isn’t going to happen overnight. Juniper estimates it will take until 2021 to have more than 2,000 retail outlets deploying smart checkout technologies.

Mobile apps also are significant for payment methods, with more than 32 million shoppers estimated to be using self-scanning apps by 2023. Shipments of beacons, those small radio transmitters that activate phones, are projected to grow 22% annually until 2023.

Juniper considers smart checkout to be technology that automates the scanning process, including approaches using sensors like at Amazon Go stores, robotic checkout like those from Panasonic and automated facial recognition payment technology already being used in China.

The first deployments have typically been for convenience stores, with lower value transactions. It will take until 2022 for the global average spend per visit in stores like these to exceed $30.

The transition to automated checkout is global with some of the biggest developments underway in China. For example, JD.com in China introduced the D-Mart unmanned store solutions, already planned for other retailers.

The leading retailer for technological deployments is Carrefour, which is also using facial recognition in some markets while other retailers are in the pilot stage.

Walking out of many stores while not being charged until being outside the store is not yet big here, but it is around the corner.