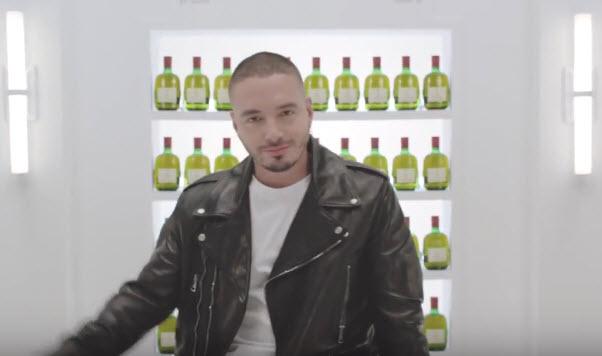 With Buchanan’s’ popularity among Hispanics driving rapid sales growth in the U.S., the umbrella campaign, from Anomaly, looks to capitalize on the momentum by heightening the brand’s visibility and involvement within the Hispanic community.

The new extension -- dubbed “Imparables Colección -- is designed to salute and engage a “new generation of unstoppables” (“Los Imparables”): young Hispanic leaders who want to share their visions with the world, says the brand.

Continuing his brand ambassador role, Balvin has been designated “creative director,” and is designing a limited-edition bottle of Buchanan’s’ 12-year-old DeLuxe inspired by Hispanic culture, to be sold nationwide next spring.

The artworks -- showcased on the campaign’s site, at “Casa Buchanan” events and during Balvin’s current tour (“powered” by Buchanan’s) -- are in turn meant to inspire others to enter a national packaging-design contest.

Fans are being encouraged to submit original designs for a limited-edition Buchanan’s pack that will also be sold nationwide. Designs can be submitted on the campaign site from Oct. 10 through Oct. 31. Balvin and the showcased artists will judge the competition.

Balvin is featured in 15-second digital ads promoting the design contest (below). The performer speaks in Spanish; English subtitles are provided.

The brand is also promoting a sweepstakes to win a trip for two to one of Balvin’s tour performances, and a series of mentoring workshops, led by established Hispanic creatives, on topics including photography, choreography and music production.