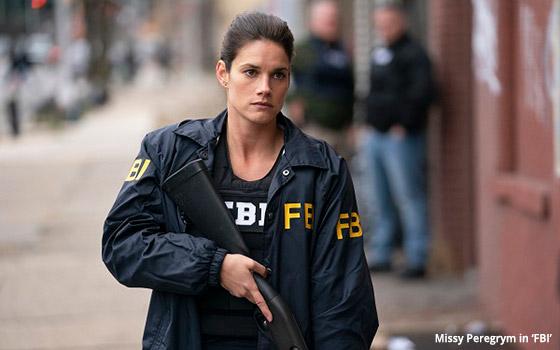 New York City is often portrayed in the real world as the safest large city in America, thanks to the efforts of law enforcement to wage a largely successful war against violent crime over the last 20 years or more.

But crime-fighting TV shows that are made in New York inevitably give the impression to the outside world that it is carnage city around here.

The latest procedural crime series to disseminate this falsehood is the generically titled series “FBI,” which premiered last Tuesday on CBS. Episode Two is tonight. The show is centered on the FBI's office in New York.

In the series premiere, New York City was the victim of multiple bomb blasts whose casualties may have numbered at least in the double digits.

Two of the bomb blasts even brought down an entire building. A specific total body count from those bombs and the others was never mentioned.

These serial bombings were serious enough to cause a shutdown of the city's entire transit system in the manner of 9/11 -- something that would have made news around the world for days.

The perpetrators were members of the Salvadoran gang known as MS-13 in league with white supremacists (a storytelling stretch, to be sure).

In Episode Two of “FBI,” airing this week, the show’s fictional FBI’ers are on the trail of a fiend who fatally poisoned eight people in a deli. This would also be unprecedented in the real world. Moreover, there really aren't any real delis left in New York anyway.

And in next week’s episode, the death toll increases by 10 as these FBI agents conjured up by CBS and producer Dick Wolf investigate the murders of 18 young women, probably by a serial killer.

Has anyone else noticed that serial killers are almost an obsession of CBS's prime-time police shows? This has been going on for at least a decade, maybe more.

While New Yorkers might no doubt roll their eyes over the unrealistic violence in their city that TV shows such as “FBI” portray, one wonders how these images and storylines are received by the rest of America.

Visitors flock to New York City by the tens of millions each year -- not only from America's heartland but from around the world.

Evidently, these people are not put off by the dangerous version of New York that prime-time TV so often gives them.

By their nature, TV crime dramas -- whether made in New York or not -- need crime stories to sustain themselves. And to stand out from the rest, some networks such as CBS likely encourage producers and writers to increasingly up the ante.

In fact, at the rate “FBI” is going, this show's murder rate might singlehandedly surpass the real New York City murder rate before its first season is over.