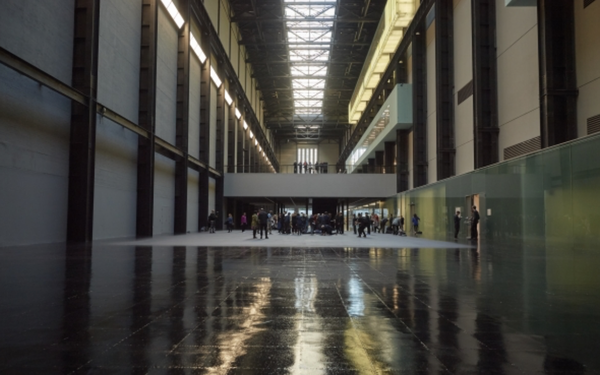 Hyundai and Tate Modern are opening a provocative exhibit featuring the work of Cuban artist and activist Tania Bruguera.

The fourth annual Hyundai Commission invited international artists to create site-specific works for the Tate Modern in London. It is funded via a 11-year partnership between Hyundai Motor and Tate, the longest initial commitment in Tate's history. The exhibit is open to the pubic through Feb. 24 in the museum’s Turbine Hall.

The museum is already seeking entrants for the fifth Hyundai Commission, which will run Oct. 2, 2019 to April 5, 2020.

Hyundai Motor has initiated partnerships with a number of arts organizations. The automaker recently sponsored another art exhibit at the Los Angeles County Museum of Art.

In response to the crisis and controversy surrounding migration, Bruguera created a series of multi-sensory interventions at Tate Modern focused on the importance of local interaction. She invites visitors to take part in symbolic actions, from revealing a hidden image beneath a heat-sensitive floor, to crying under the influence of an organic compound.

The work’s title is an ever-increasing figure: the number of people who migrated from one country to another last year added to the current number of migrant deaths recorded so far this year. Rather than being printed on posters or labels, this numeric title is stamped directly on visitors’ wrists.

Visitors will encounter further surreptitious disruption within the Turbine Hall. Low-frequency sound charges the space with an unsettling energy. The hall is also covered in a seemingly plain black floor, beneath which is hidden a huge image. It depicts the face of a young man who left Syria in 2011 with the help of a charity founded by local activist Natalie Bell.