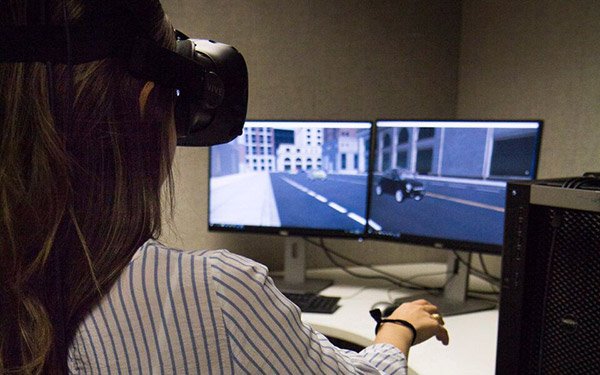 Aside from the future marketing of connected or autonomous cars, one carmaker is pushing the market to create a common way for future self-driving vehicles to communicate with pedestrians.

Ford is proposing a universal communications interface for cars that people can understand.

“Today, we’re calling on all self-driving vehicle developers, automakers and technology companies who are committed to deploying SAE level-4 vehicles—and believe these vehicles should communicate intent—to join us and share ideas to create an industry standard for communicating driving intent, whether it be driving, yielding or accelerating from a stop,” stated John Shutko, Ford’s human factors technical specialist for self-driving vehicles in a blog post.

So-called Level 4 vehicles can drive themselves but have the ability for a driver to intervene if something goes wrong, basically autonomous vehicles with a manual override.

Ford worked with Virginia Tech Transportation Institute last year to test-market, after testing in virtual reality scenarios. At the time, the team created a seat suit that concealed an actual driver, so the car appeared to be self-driving.

Another virtual reality test found that it took about two exposures for participants to learn what a single signal meant and five to 10 exposures to understand the meaning of all three lighting patterns.

No word on what other messaging cars will be able to send to pedestrians after the start and stop factors are worked out.