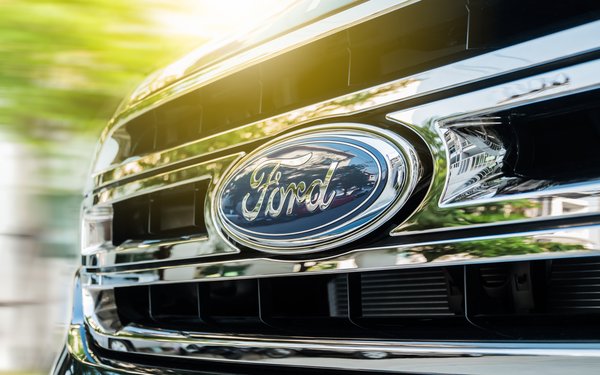 The long-term view of future cars is that they will drive themselves and not come with a steering wheel, and now Ford is dealing with that eventuality.

The automaker just received a patent to create a virtual steering wheel for what used to be a driver in a car to take over the actual driving, but done via mobile device.

“The user device may be any of a variety of mobile computing devices that include a processor and a memory, a display, a touchscreen, an accelerometer and communications capability,” states the patent. This means pretty much any smartphone or tablet.

The car controls would be coordinated with the mobile device via wireless network, such as Bluetooth or WiFi in the car, according to the patent.

The mobile device could depict a virtual steering wheel, which could be used to steer the car.

The idea is that a mobile device would detect a request to steer the vehicle, which could determine the steering angle of that vehicle.

The patent states that autonomous vehicles “may, under certain circumstances, transfer some or all control of the vehicle back to a vehicle driver.”

The patent does not state what the “circumstances” are when vehicle control is handed back to a driver. Since these cars would have no steering wheels installed, the steering would have to be managed via touchscreen.

While steering wheels will still be in cars for the foreseeable future, Ford is planning beyond that time. The actual conversion of computer game-like car steering may not be on the drawing boards, but now Ford has a patent for it, just in case.