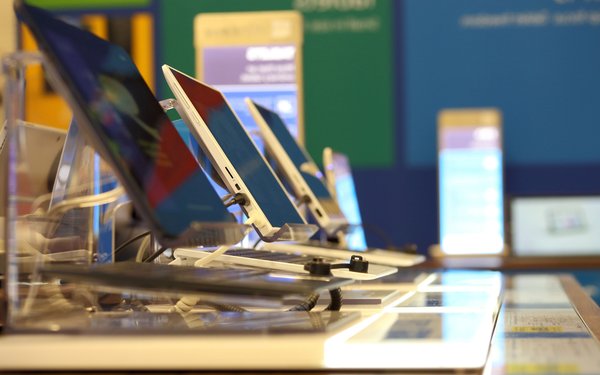 Worldwide, computer sales declined in the third quarter of the year -- but not as sharply as previously forecast.

That’s according to the latest report from International Data Corporation, which found that nearly 67.4 million desktops, laptops and workstations shipped during the period.

Year-over-year, that represented a dip of 0.9%, which compared favorably to the 3% decline that analysts were predicting. “Q3 came in better than expected,” Jay Chou, research manager at IDC, notes in the new reports.

Among other factors, IDC attributes the better-than-expected figures to respectable demand from mature regions, and as-yet overblown concerns over processor shortages.

Stateside, the market for personal computers enjoyed another growth quarter with a total of 17.2 million units shipped.

U.S. shipments were boosted by growing demand for laptops among enterprise clients and the increasing popularity of PC-based gaming systems among consumers, according to IDC.

As for manufacturers, Lenovo reclaimed the top spot during the quarter.

Marking the second quarter of its joint venture with Fujitsu, the Chinese hardware giant saw solid improvement in its North American business in the wake of a revamped channel strategy and more stable management.

The addition of Fujitsu volume helped to push the vendor to the top spot, with 24% of the global market share.

Year-over-year, HP grew by a modest 0.3%, but still reached its tenth consecutive quarter of year-on-year growth. It slightly outgrew its market share from a year ago.

Dell tied with Lenovo in terms of year-on-year growth at 5.8% and further expanded its market share versus a year ago.

Acer climbed to fourth place with strong performances in education and gaming, while Apple finished the quarter in fifth place.

Worse yet, Apple declined over 11%, year-over-year, and was the only top 5 device-maker to underperform the market as a whole.

However, IDC suggests that PC-makers might have tough times, ahead.

“The outlook remains uncertain as we head into the holiday season, when volume will be boosted by many consumer-oriented promotions in entry-level SKUs,” according to Chou.