Study: For Smartphones, The Bigger, The Better 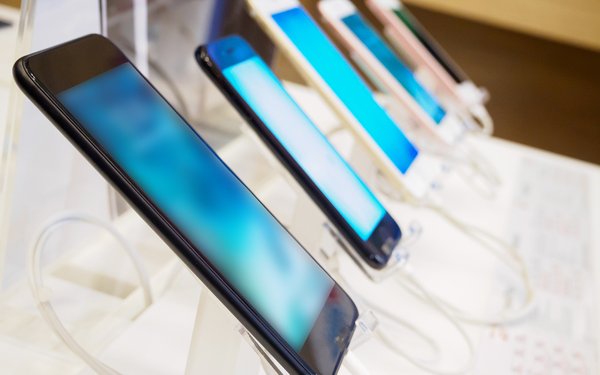 Bigger is still better when it comes to smartphones, says a new report from Strategy Analytics. Just what’s the right size of big, differs a bit, though, depending on where in the world you are.

“Flagship device sizes between 5.0 inches and 5.5 continue to be preferred by most, especially in China and India, where a device of 5.5 inches is considered ‘ideal’ by most,” the consulting and research firm’s User Experience Strategies group reports. In the U.S. and Western Europe consumers showed more interest in big smartphones this year than the year before.

“The primary drivers for larger displays are likely to be... greater productivity and entertainment capabilities,” says Christopher Dodge, the associate director and report author, who then lists a long list of other advantages, from thinner and more ergonomic designs to better picture quality. What’s more, he writes, “Smartphones are becoming the control hub for more and more connected devices/services.”

In the U.S., the ideal screen size is 5 inches. But there’s an increasing percentage of consumer who are thinking much bigger: 21% thought a screen of 6.3 inches was ideal, up from 17% who thought that was the best size in 2017, says Strategy Analytics.

In an interview, Dodge notes, “When we look at the ideal size preference for smartphones by age, the results are actually pretty similar across all age groups as display size increases.

"Where we actually see some consistent splitting among age groups is on the smaller-sized screen preferences, where we see those aged 50 and older are less likely to consider a smartphone with a [smaller] screen size  than other age groups.”

Two of the beefs older users have against smaller screens: “Touchscreen accuracy and the visibility of onscreen text.”

Screen size has been a big issue and marketing point since Apple made the tablet, which was bigger than the smartphone but created a need for something in-between: the phablet. Dodge says the bigger-screen smartphone is creating less need for a tablet.

Indeed, Store Intelligence, which monitors app activity, says Netflix grossed almost $244 million in Q3 from Apple and Google Play app downloads, a 90% increase from over a year ago. That indicates much stronger usage by smartphone owners.

“As we’re moving towards a bezel-less smartphone, “ Dodge predicts, “I see the gradual increase in smartphone size we’ve seen over the past couple of years likely to plateau as consumers will have a display covering the entire front of their smartphone.”