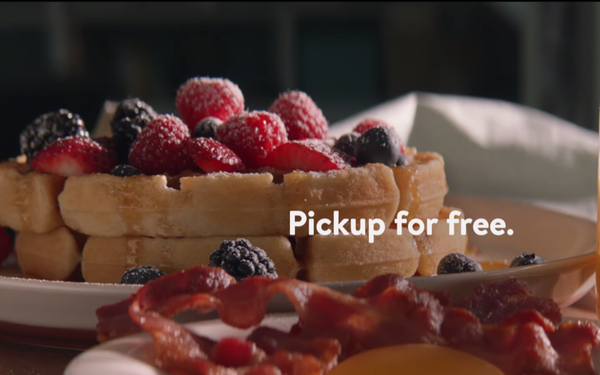 With all kinds of retailers pouring resources into the fight for America’s online grocery budget, there’s new evidence that Amazon really isn’t the only game in town. Walmart is emerging as a digital superpower in its own right, with capabilities to rival or surpass Amazon, according to a new report from Barclays.

And a recent report from Brick Meets Click, which measures current online food shopping patterns, finds that while Amazon is way out front, those who shop online with conventional supermarkets are bigger spenders, with average outlays more than double what people spend on Amazon.

While observers tend to dwell on the Walmart versus Amazon battle, “it is clear to us that Walmart is light years ahead of every conventional food retailer domestically and it should be well positioned to continue gaining share in this $800 billion to $1 trillion market,” writes Barclays analyst Karen Short.

Calling the Bentonville, Ark.-based retailer’s culture of innovation underrated, she says it will continue to increase its share of the food business, driven by its low prices, same-day delivery and grocery pickup.

“Walmart is building out its e-commerce offering and capabilities while turning its stores into efficient, omnichannel distribution centers,” she says. And with 90% of the U.S. population living within 10 miles of a Walmart, “we expect it will be able to offer exceptional service and capabilities relative to any other U.S. bricks-and-mortar retailer -- even Amazon.”

The Barclays report follows Walmart's recent financial presentations, in which it trimmed its 2019 forecasts, now predicting e-commerce gains of 35%, down from 40% this year. And it says it plans to open just a small number of stores, as it concentrates its efforts on digital expansion.

Brick Meets Click, a grocery consulting company based in Barrington, Ill., sampled 4,800 adults in the U.S. And it finds that while no other single retailer can even come close to Amazon’s 30% share of online grocery spending, there are still plenty of opportunities for conventional supermarkets.

Right now, all U.S. supermarkets combined have a 30% share of the online grocery market, followed by 13% share from mass merchandisers, including Walmart and Target, and 11% from online delivery companies, like FreshDirect and PeaPod.

Brick Meets Click says that while 77% of online households buy products from Amazon, only 11% bought any groceries from it during the past 30 days.

Those who buy groceries online from supermarkets do so twice a month, on average, versus 1.7 times a month from Amazon. And they spend far more: The average grocery order for Amazon customers purchasing from Amazon is just $45, compared to $116 from supermarkets and $143 from online delivery platforms.