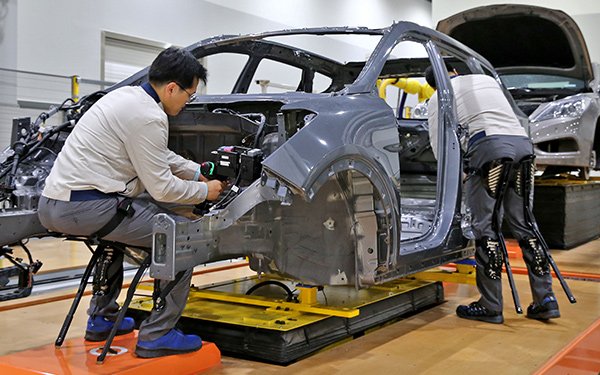 The company is in the process of verification testing through the end of this year, following a demonstration of the technology in August.

Hyundai identified robot artificial intelligence as one of five areas of its future growth and innovation and established a robotics team at its technology headquarters to develop it along with related technology.

The automaker is developing technology in three areas of robots: wearable robots, service robots and micro-mobility, according to a company statement.

The first exoskeleton is a knee-joint protective device that helps maintain a worker’s sitting position. Testing of another device that alleviates pressure on workers’ neck and back is also planned.

The company is also developing a hotel service robot that provide room service and guide guests around a hotel. Those robots will be bested at South Korea’s Haevichi hotel and resort and the Rolling Hills hotel.