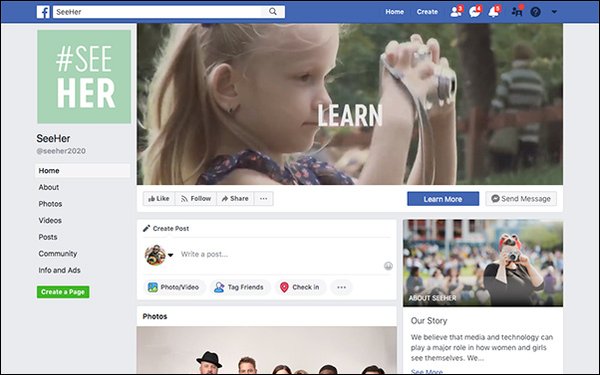 The Association of National Advertisers (ANA) launched the movement #SeeHer in 2016 in partnership with The Female Quotient at the United States of Women Summit. #SeeHer was developed in an effort to increase the accurate portrayal of women and girls in media. The goal is to reach a 20% improvement by 2020, the 100th anniversary of women gaining the right to vote.

Meredith Corp. reaches more than 175 million American consumers each month, with 80% of millennial women counted among that group. As its brands undergo GEM certification review, Meredith will promote the #SeeHer movement across its resources and brands beginning in December and continuing into 2019.

Brands activated by the promotion include People, InStyle, Better Homes & Gardens, Martha Stewart Living and Parents. The partnership will be promoted across all platforms associated with those brands.

The GEM evaluates brands to identify unconscious bias in advertising and programming. According to the ANA, it has become the industry standard for gauging consumer reaction to the portrayal of women across those fields. GEM was introduced in a global rollout in mid-2018.

Brands that score a higher GEM are also reported to see an improved ROI.

According to #SeeHer, ads with positive GEM scores increase purchase intent by 26% among all consumers — and not only women. Purchase intent is increased by 45% among women. Overall brand reputation has shown to improve by 11%.

Alysia Borsa, Chief Marketing and Data Officer, Meredith Corporation, stated: "Women influence or make 85% of all purchase decisions. As a company that connects and engages with 110 million American women, coming alongside #SeeHer is the right thing to do socially and for the bottom line.”

Other companies that have joined #SeeHer and undergone GEM evaluation include Ford Motor Company, Bank of America, Mattel and American Express.