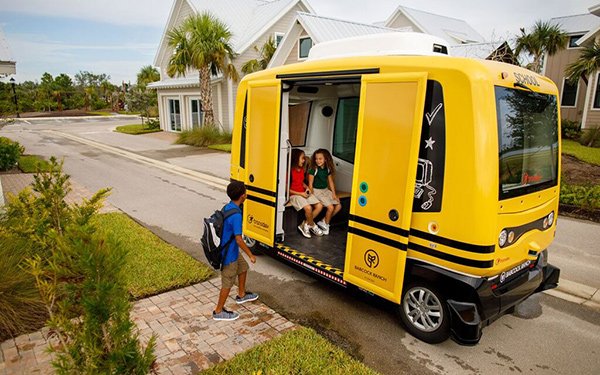 The National Highway Traffic Safety Administration (NHTSA) has directed a company to immediately stop transporting children in a driverless shuttle.

The shuttle is operated by Transdev North America and has been running in the Babcock Ranch community in Southwest Florida.

Using the driverless shuttle for transporting school children is unlawful and in violation of Transdev’s temporary importation authorization, according to NHTSA.

In March, NHTSA granted Transdev permission to import the driverless shuttle for demonstration and testing. The request was not to use the vehicle as a school bus, which are subject to Federal Motor Vehicle Safety Standards that take into account the purpose of transporting children, according to NHTSA.

“Innovation must not come at the risk of public safety,” stated Heidi King, NHTSA deputy administrator. “Using a non-compliant test vehicle to support children is irresponsible, inappropriate and in direct violation of the terms of Transdev’s approved test project.”