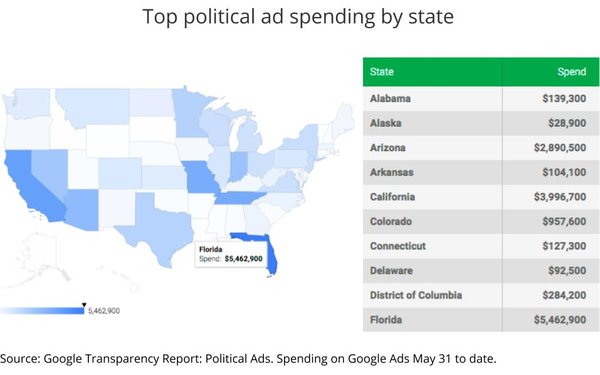 If Google's new "Transparency Report" is any indication, digital media platforms have been a major beneficiary of the 2018 midterm elections campaigns.

According to the report, Florida's hotly contested Senate race has been the biggest spender, allocating $5,462,900 on Google since May 31.

Meanwhile, the President's committee continues to spend heavily on Google, even though the President has been highly critical of the company's perceived political bias. 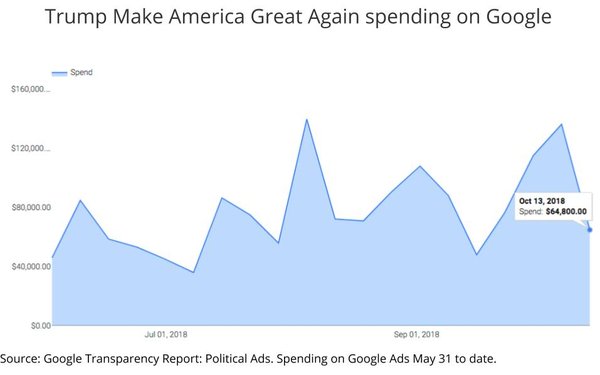