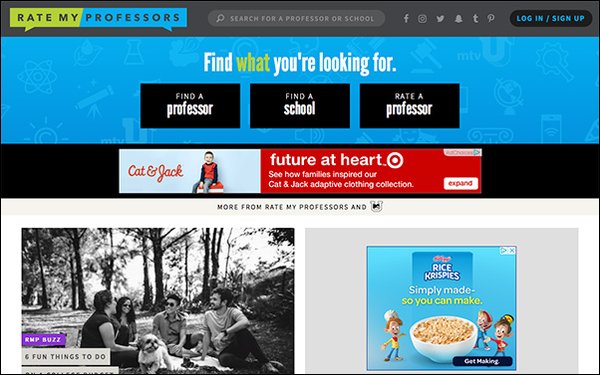 The streaming video news network Cheddar is making another acquisition. The company says that it has acquired Rate My Professors from Viacom.

Rate My Professors is a website and app that lets college students post reviews of college classes and professors. The site is used on average by around 6 million students each month.

The deal is the second significant acquisition Cheddar has made in recent months. The company bought MTV Networks On Campus from Viacom in May. It has since rebranded the service as CheddarU, bringing the company’s content to public areas on college campuses.

Cheddar CEO Jon Steinberg tells Digital News Daily the user-generated nature of Rate My Professors will add a “strong” direct-to-consumer relationship to the company’s offerings. Rate My Professors content “will be deeply embedded and cross promoted on CheddarU.”

Cheddar says it plans to redesign the site to improve the user experience.

The company is also planning to add a new monetization opportunity next year, according to Cheddar president-COO Eric Harris. “In 2019, we also plan to offer educators a premium toolset similar to those offered to employers by Glassdoor,” Harris said.

The company has tapped Taboola to serve as a “strategic in-feed discovery partner” for Rate My Professors, bringing Taboola’s feed to the product.