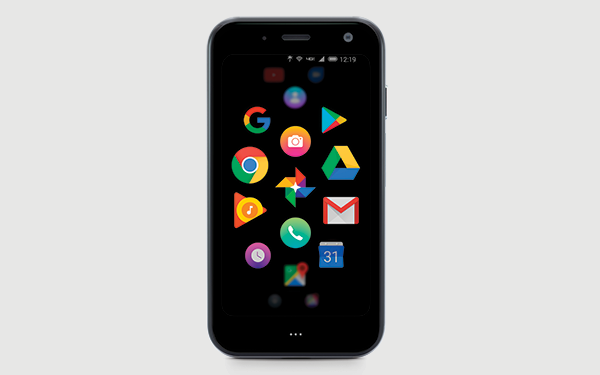 Verizon is introducing a new Palm, a miniature smartphone for those times when consumers might not want to lug around their larger device but don’t want to go without. Instead of a screen that’s six inches big like newer smartphones boast, this unit has just a 3.3-inch display, and altogether is about the size of a credit card.

Speaking of credit cards, Verizon says the phone will cost $299.99 with a two-year Verizon agreement, or $349.99 retail. It will be available starting Nov. 2 at Verizon stores and at Best Buy kiosks.

Buying Verizon NumberShare, so your new little Palm can sync to your existing larger smartphone, will cost an additional $10 a month.

Promotional literature says Palm  “lets you be more present, with more control over the technology in your life. It prioritizes action over consumption with smart features designed to eliminate mindless scrolling and excessive screen time. Specially designed for life on the go, Palm allows you to live in the moment, without sacrificing connectivity.”

Calls, texts, alerts, Google, emails and photos are all there, but with a feature called  Life Mode, you decide which apps get your attention so you aren’t  distracted by notifications. Quick Actions shortcuts help navigate quickly.

Palm “augments the smartphone in a special new way,” says Brian Higgins, vice president of device and consumer product marketing for the wireless giant. “Palm and Verizon set out to reinvent something in a smaller form factor that allows you to connect with only what matters.”

This seems to be the smartphone for users who may recognize that sometimes enough communicating is enough — but don’t want to totally leave the phone at home when they go out. For people out on the town, the Palm is unobtrusively small, helping users to avoid the temptation of gazing into their smartphone when they’re supposed to be reading the dinner menu.

The Palm company marketed  the Palm Pilot personal digital assistant back in 1996, but the brand and company bounced around from owner to owner when smartphones began to overwhelm the market. It was purchased by Chinese tech firm TCL in 2014. Now the newly revived brand is based in San Francisco. This Verizon tie-in is its big coming-out opportunity.

“We haven't disclosed the advertising plans at this time, but it is safe to say, since the companion product is a new category, TV is likely not the best medium to explain [it],” says a spokeswoman. “Look out for it on other channels, as well as for some bundling with our key flagship phones as we head into the holiday season.”