The One About A Show That's A Cultural Phenomenon: 'Friends' 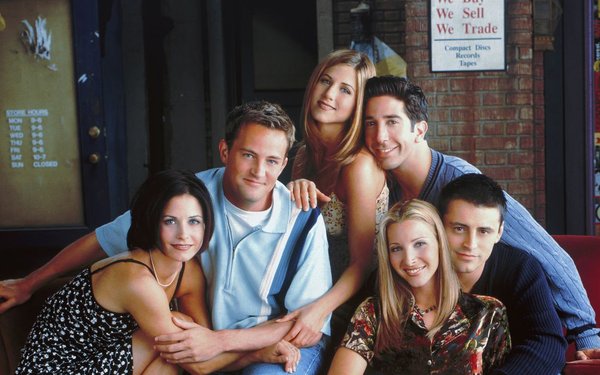 It may very well be “Friends,” a series whose network run ended 14 years ago -- but was in its prime (time) when millennials were just coming of age.

How popular is “Friends”? Ratings are presumably so good that on weekdays alone, TBS runs 12 episodes in daytime, Nick at Nite airs five episodes in late night, and Paramount Network runs several episodes in the early evening. Local broadcast channels still air the series via syndication. And it’s undoubtedly one of the most-binged titles on Netflix.

“Friends” is also extremely popular with other cohorts: folks as old as 40 or beyond, and international audiences of all ages. (Indeed, I once taught conversation skills to an Asian immigrant who was learning English from “Friends” reruns.)

Kelsey Miller, author of a just-published book, "I’ll Be There for You: The One About Friends," attributes this cultural phenomenon to the close friendship between the show’s six lead characters.

"Everybody gets it [-- the close friend group --] and everybody wants it. It’s not really about the '90s, it’s about our feelings," she said Tuesday during the title’s launch event at Brooklyn’s Books Are Magic store.

I would add that the characters -- Ross, Rachel, Monica, Chandler, Joey and Phoebe -- are also relatable to viewers. That was as true back in the day of the “Friends” original 10-season NBC run as it is now for present-day millennials.

Relatability is also why I doubt that the latest long-running mega-hit about a close group of friends -- CBS’ “The Big Bang Theory” -- will have the same staying power as “Friends.” As much as you may like Sheldon, Leonard, Howard, Penny, Amy, Raj and Bernadette, would you really want to hang out with them for decades?

On that note, considering the current spate of ‘90s show revivals, would you now want to hang out with an older group of the original “Friends”?

“If we managed to get them back in the same room and pretended everything was the same, it would really stink,” said Miller, attributing such lack of character development as the reason why the current revival of “Will and Grace” leaves her cold.

How ironic, then, that “Will & Grace” has come most alive this season with the guest-starring arc of David Schwimmer, once the breakout star and de facto leader of the “Friends” gang, but arguably the least successful member of the sextet since the show left the air.

Sorry, I phrased that last line wrong. Should have said “ended production.” “Friends,” which “plays so well in reruns” (per Miller) has never, ever “left the air.”

The future?  In words any “Friends" fan will understand, I doubt the show will ever be on a break.