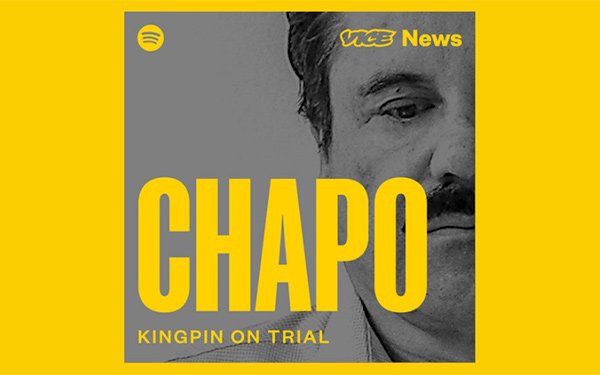 Vice News has partnered with Spotify to produce its first podcast, a bilingual series called “Chapo,” that follows the rise and fall of Sinaloa cartel leader Joaquín “El Chapo” Guzmán.

The podcast series will premiere on November 1.

“We’re tremendously excited to bring Vice News’ in-depth reporting to the podcast format for the first time,” stated Ryan McCarthy, editor-in-chief, Vice News. “This is the story of El Chapo that you won’t hear in the courtroom, and that you won’t read in the headlines.”

The series will interview journalists, Chapo’s family, government officials, cartel hitmen and citizens "living through the drug war’s real-life consequences," according to the publisher.

The series features the former DEA agents who captured El Chapo, as well as Felipe Calderón, the former president of Mexico, and Consuelo Loera, Chapo’s mother.

The first three episodes will be released in English, on all major podcast platforms. The following episodes — in English and Spanish — will be available weekly exclusively on Spotify.

Spotify, the music streaming subscription service with over 180 million users and 83 million Premium subscribers, has increasingly expanded its nonfiction programming, in addition to its music offerings.

Chapo goes on trial in New York City this November.