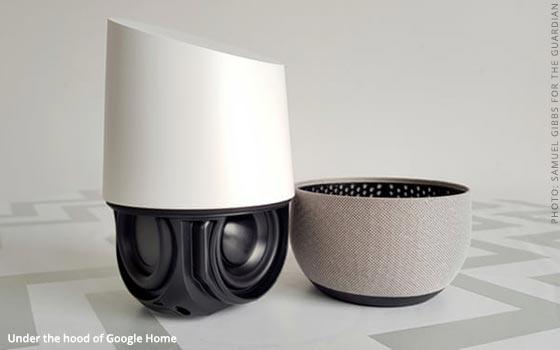 Guardian News & Media has created an in-house team dedicated to creating and experimenting with audio journalism, with funding from Google.

Called Guardian Voice Lab, the team will work with The Guardian's newsroom and product teams to test delivering journalism through smart speakers and interactive audio, specifically through the Google Assistant platform.

The creation of Voice Lab follows the launch of The Guardian’s new daily podcast, “Today in Focus,” hosted by Anushka Asthana. The podcast combines personal stories with analysis to dive deeper into the big news stories of the day.

The Voice Lab project is scheduled to run for six months with Google’s funding.

Guardian VR, a virtual app for The Guardian’s virtual reality content, is also supported by Google.

Guardian News & Media has a Mobile Innovation Lab, launched in 2015, to experiment with mobile journalism. The initiative is supported by the Knight Foundation.

The Guardian team will document their findings from the Voice Lab with readers and the media industry through a blog.

“Guardian Voice Lab is designed to give a dedicated team the time, space and resources to innovate with smart speakers and work out how journalism can thrive on the platform,” stated Anna Bateson, Chief Customer Officer at Guardian News & Media.

“It’s important that we get to understand how future platforms can work for journalism as the platforms are still being built,” stated Christian Bennett, executive editor, multimedia, Guardian News & Media.

Earlier this month, The Guardian revealed it has over 1 million paying members supporting its site; more than half a million do so on a regular basis. The Guardian relies on a model that asks readers to voluntarily contribute monetary support to the site, with free access to its content.