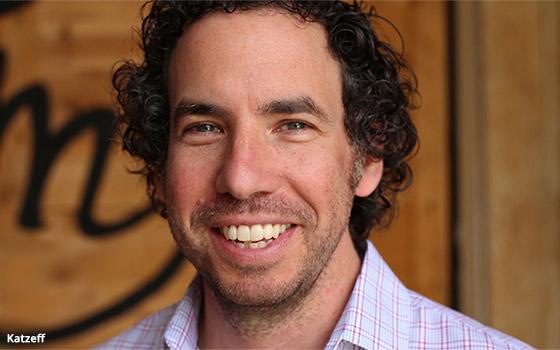 Katzeff, who begins at Conde Nast Entertainment December 17, comes to the media giant from Tastemade, where he was global head of programming. As president of CNE, Katzeff will head the division as it begins its next phase of digital video growth. He will also oversee its film and television production slate.

Katzeff built a fan base of 250 million monthly users at Tastemade and grew the brand’s video views to more than 3 billion a month. He also oversaw the launch of Tastemade’s 24/7 linear channel on YouTube TV. Katzeff has held leadership positions at ZEFR, Demand Entertainment and Yahoo! Media.

Bob Sauerberg, CEO of Conde Nast, stated that Katzeff's “ability to create addictive content and innovative operational expertise” made him stand out among contenders.

CNE is comprised of a next generation studio and distribution network producing content across premium digital video, social, virtual reality and OTT channels, in addition to television and film. CNE produces more than 5,000 digital videos each year, which count 1 billion views per month on average across its network.

Winter will work from McClatchy’s New York offices, where he will drive national sales and leverage the publisher’s brands and audiences to connect with agencies and national brands.

Before coming to McClatchy, Winter held digital sales roles at Turner Broadcasting, WWE and Discovery. Most recently, he was vice president, sales at Viacom Networks’ BET.