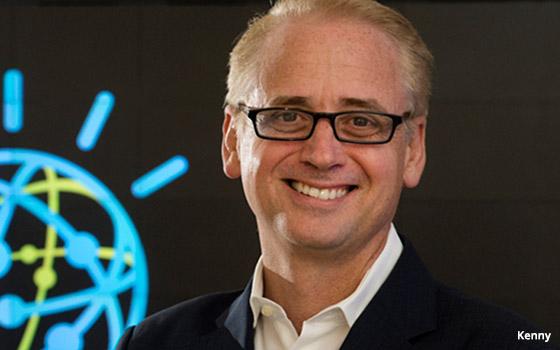 Kenny, who most recently was senior vice president of IBM’s Cognitive Solutions unit, previously was CEO and chairman of The Weather Channel, which was acquired by IBM. Prior to that, he was president of Akamai Technologies after a 13-year stint on Madison Avenue.

Kenny is best known as the CEO of digital native agency Digitas, which was acquired by Publicis.

Nielsen’s board cited Kenny’s “multi-disciplinary background” and as a credential for his new role leading Nielsen.

Kenny also serves on the boards of Best Buy and Teach for America.

As part of the announcement, Nielsen’s board affirmed that it is continuing with a previously announced strategic review, including potential “strategic alternatives for the entire company and its businesses.”

The alternatives could mean the company continuing to operate in its current form as a publicly traded company or taking it private as an independent company, or separating its “Watch” (media research) and “Buy” (marketing research) businesses, as well as an outright sale of the entire company.

Nielsen also disclosed that Kenny’s salary as CEO will be $1.3 million, with an annual bonus target of $1.925 million.