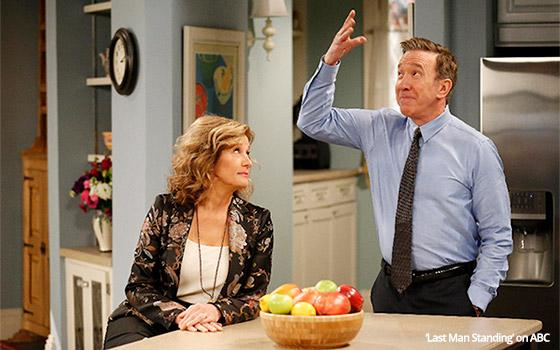 Two months into the fall season and syndicated TV shows -- like those of broadcast network TV programming -- are showing few, if any, gains.

Warner Bros.' “The Big Bang Theory” remains in its top spot among off-network sitcoms at 6.57 million, down 11% versus the same two-month period of a year ago.

Rocketing up the ranks in the off-network area is “Last Man Standing,” boosted by its revival this season on the Fox network with new first-run episodes in prime time. The show, distributed by Twentieth Television, is up a big 43% to 3.2 million viewers. The show was previously on ABC.

Big talk shows are all down as well.