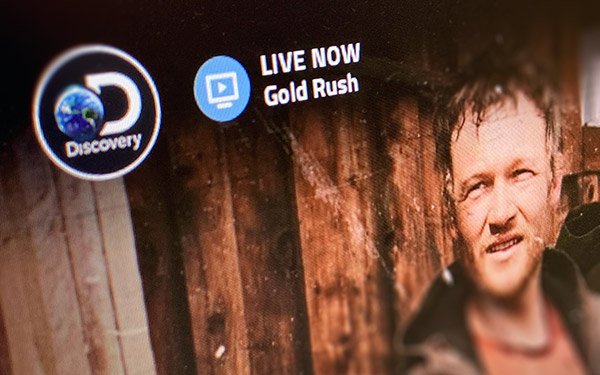 Eight months after Discovery Inc. closed its deal to acquire Scripps Networks Interactive, the company has added programming from the channels it acquired to its authenticated streaming video product, Discovery Go.

Discovery has had Go apps for its channels, including Discovery, Animal Planet and TLC since 2016. By adding the Scripps channels, the number of offerings will nearly double. Scripps channels, like Food Network, HGTV and Travel Channel, will bring more than 22,000 new library titles to the Go library, bringing the total to 45,000 titles.

Discovery’s Go apps are authenticated, meaning a user has to confirm they pay for TV from a cable, satellite, telco or streaming bundle provider. Discovery says it is available to 85 million U.S. households.

Discovery monetizes Go through advertising, and has made its brand-safe programming a major part of its pitch to advertisers

“With 30% of our streams coming from library content, these additions create a whole new world of opportunity for our advertisers and offer them a greater variety of options in a viewable, brand-safe environment,” stated Lauri Baker, senior vice president, TV Everywhere Ad Sales, for Discovery.

Go includes current and library program from each channel, as well as more than 1,000 titles created specifically for the platform from the company’s digital studios. Discovery says the Go apps have a young audience compared to TV, with 61% of viewers falling between 18 and 44.