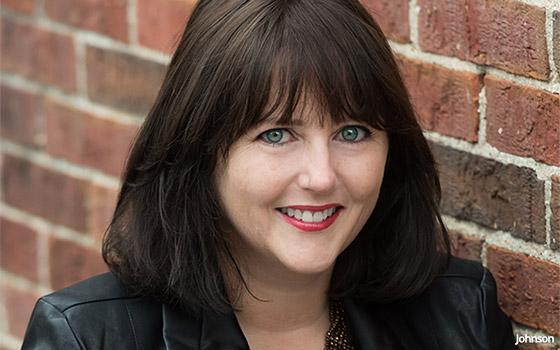 Johnson is joining Gifnote, a music messaging platform, as chief communications officer to oversee marketing for the company.

Gifnote works in partnership with the music industry to provide musical snippets that users can integrate into social media GIFs.

She was recruited directly by Gifnote CEO/co-founder, Andy Blacker. “Erin Johnson is highly respected as a strategic communications leader and we have long admired her work and integrity,” he says. “Her work is driven by creative excellence and a sharp understanding of today’s digital media landscape and economy. Erin is the right partner to help us achieve that mission globally and we are thrilled to welcome her to our executive team.”

Johnson's unparalleled experience made her the obvious fit, says Blacker, explaining that she was the always among the top three names recommended by business colleagues when he started seeking a person for this role.

Although Johnson's expertise may outshine Gifnote's current startup status, Blacker understands the importance of installing a high-level marketing advisor, even when the company may not be at that level yet. Too many entrepreneurs make the mistake in saving capital by underestimating the top-tier talent needed to raise global awareness, he says, adding he learned his lessons through his previous companies, like ToneMedia and BandsInTowns.

Plus, Johnson's role on the executive leadership team will help to serve as a "moral compass" as the company navigates its growth.

Gifnote's ethos is about kindness, inclusion, empathy, and doing the right thing, says Blacker. "There is no better leader for our culture both professionally and personally."

Johnson spent 13 years at JWT, where, since 2008 she had been Chief Communications Officer. In 2016, she was named one of PR Week’s “Top Women in PR” for her work leading the company’s 150th anniversary communications program.