The Best Thanksgiving Episode Of All Time 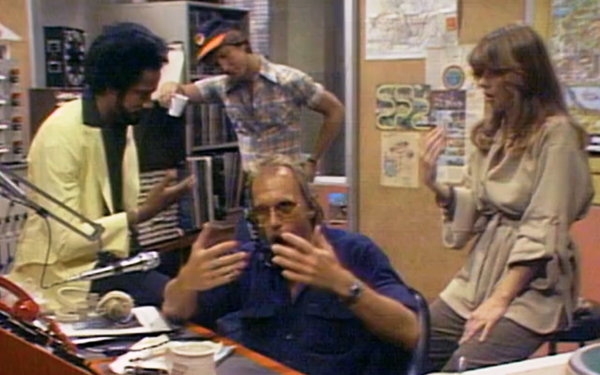 In our house, though, Thanksgiving means the annual screening of the “Turkeys Away” episode of  “WKRP in Cincinnati.”

We’re not alone in loving this 40-year-old classic. A couple of years back, for instance, Paste magazine ranked the best holiday TV episodes of all time, Christmas included, and “Turkeys Away” landed in second place. (The Halloween episode of "Freaks and Geeks" was first.)

But what makes “Turkeys Away” so great? It’s hard to explain without giving away the plot to those of you who’ve never seen it. So if you haven’t, I'd suggest you watch it right now, for free, on Yahoo View.

In fact, you can skip the first 10 minutes or so, because "Turkeys Away” isn’t really one of the greatest half-hours in TV history, but the greatest 15 minutes, straight through to the end. And it’s an essential for anyone in radio, advertising, marketing, public relations or really, any media business.

I’ve seen the episode probably a dozen times, and never get tired of it. You’re probably chuckling now at the classic lines: “Oh, the humanity!” and “As God is my witness, I thought turkeys could fly.”  Or at the classic visuals: Les Nessman (Richard Sanders) watching the turkeys getting dropped, or Mr. Carlson (Gordon Jump) and Herb (Frank Bonner) returning to the studio festooned with feathers.

But when you’ve seen “Turkeys Away” as often as I have, you can appreciate anew the real power of a series that was thrice nominated for a best comedy series Emmy: its ensemble cast.

Viewing “Turkeys Away” once again in preparation for this column, I marveled at the reactions, both facial and through arm movements, to Nessman’s live remote by those left behind in the studio: Dr. Johnny Fever (Howard Hesseman), Venus Flytrap (Tim Reid), Andy Travis (Gary Sandy) and Bailey (Jan Smithers). They stand in for the thousands listening on Cincinnati radios, who would have had the same reactions.

Finally, for those of you cooking and eating turkeys tomorrow, remember the immortal words of Jennifer (Loni Anderson) to the Humane Society: “Well…a lot of turkeys don’t make it through Thanksgiving.”

(P.S., for those who prefer a traditional Thanksgiving viewing, you can watch “Turkeys Away” on a linear channel, Thursday night at 9:30 pm ET on MeTV).