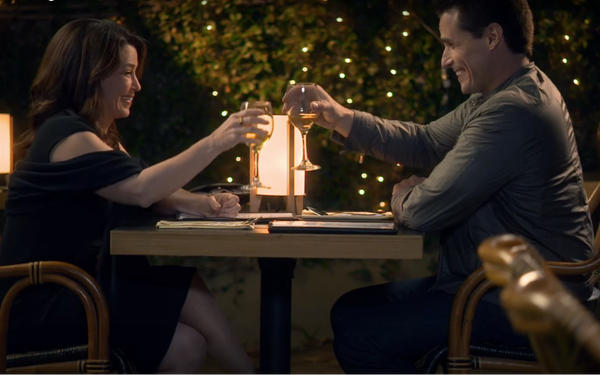 So we checked out Alecia, a free streaming service designed to sell products related to its shows, which it groups into “day” and “night” sections.

It was dark outside, so we went to “night” and chose “Crawford,” a recent CBC comedy series starring Jill Hennessy (“Crossing Jordan,” “Law & Order”).

“Crawford” is a about a dysfunctional family, but both the characters and dialogue were so weird (the first character onscreen was somebody who was “shot in the head by some pricks” and had lost the ability to speak) that after two minutes, my wife proclaimed it virtually unwatchable.

We did, however, get to see that a leather jacket (“Cool!” my wife said) worn by one of the characters was among items for sale on the right side of our computer screen.

But, checking out the Alecia app, we saw no products at all when the video filled the horizontal screen on our phones (the preferable position for viewing) though holding our phones vertically did bring up some products underneath the video.

We returned to the computer screen.

My wife decided to be a nighttime rebel and try out the “day,” lifestyle side. She chose a 10-minute bedtime yoga video, which she enjoyed. No related products were on sale, however.

While my other half slept, I checked out a 7-minute basic boxing workout, which offered cotton hand wraps for $7.50 and boxing gloves for $50. As an experiment, I tried putting the hand wraps in my shopping cart. Nothing happened.

The next night, we gave Alecia another try.

We now have, and can report that “Little Women, Big Cars” is a moderately funny, female-targeted sitcom centered on four soccer moms whose kids are never shown. My wife got hooked on the show and was even interested in learning the price of a black dress worn by Warner near the end of the first episode. But, as with the yoga video, no products were for sale!

In fact, if it hadn’t officially launched six weeks ago, I wouldn’t have told you about Alecia today, since it’s obvious that all the pieces aren’t yet in place.

For one thing, a few days after its launch, Alecia signed a deal with Warner Bros. Television for exclusive VOD streaming rights to the first three seasons of “Bachelor in Paradise” -- complete with the ability to “shop for products similar to the fashions and set pieces shown on the series.”

Personally, I’d like to check out an Australian crime drama, “The Straits,” that’s being prematurely promoted on Alecia’s home screen slider. IMDB says “The Straits” is about a family smuggling drugs, guns and exotic wildlife, so I’m very curious about what items will be for sale.

Thankfully, though, since Thanksgiving came early this year, plenty of shopping days remain before Christmas for Alecia to iron out its wrinkles. There’s a certain black dress I may need to buy, after all!