Jane Maas, who has been described as one of Madison Avenue’s original “Mad Women” for breaking the glass ceiling and ascending to the top of its creative ranks, died Nov. 16. She was 86.

Maas, who began her career at Ogilvy & Mather in 1964, rising from junior copywriter to creative director at the venerable agency, is best known for her work at Wells Rich Greene, where she led the teams that created such iconic campaigns as New York State’s “I Love New York.”

In 1981, she became the first woman to head a major New York City agency she didn’t found, served as president of Muller Jordan Weiss, and in 1987, president and then chairman of Earle Palmer Brown Advertising and Public Relations. 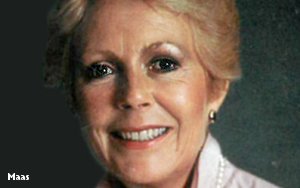