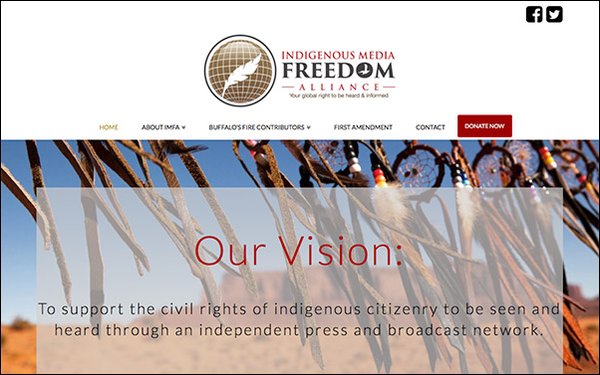 Last week, Democracy Fund released the results of a study focused on the current state of American Indian media in the U.S.

The report was written by Jodi Rave, the founder and director of the Indigenous Media Freedom Alliance, to highlight the work being done and challenges faced by Native American journalists, newsrooms and the industry nationwide.

Through a series of interviews with journalists and “media practitioners of independent reporting,” Rave reported both insights about the state of Native media — for example, Native print media has seen a sharp decline, with only 200 media sources today, down from 700 in 1998 — and questions of sustainability.

Rave stated: “Armed with a better understanding of the landscape, we hope that news practitioners, philanthropists and journalists will be able to make better informed decisions when it comes to supporting journalism that is so vital to the Native community.”

The report highlights a series of key themes. According to the data, philanthropic funding for Native American journalism has not kept pace with the needs of the community, nor has it offered fast enough support to supplement important projects.

The study also found tribal government ownership of media outlets created conflicts of interest and “unique press freedom challenges” for journalists. Those challenges include a lack of openness and intimidation when covering tribal issues.

Collaboration between mainstream newspaper reporters and Native journalists, the creation of fellowships for Native journalists and engagement across communities related to freedom of the press were some of the recommendations offered to strengthen the state of Native American media outlets.

The report is the first in a series commissioned by Democracy Fund that strives to examine community news media’s role in the nation’s social fabric. The full report is available here.