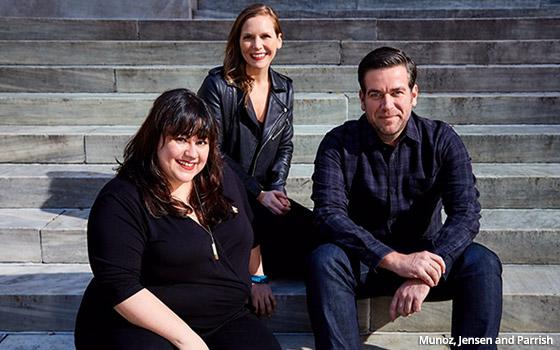 DDB New York's new co-chief creative officer's Lisa Topol and Derek Barnes are poaching their former colleagues at Grey New York to join them at the Omnicom-owned agency. It’s the duo’s  first batch of new hires since they joined the shop in March.

Lance Parrish is appointed executive creative director after spending seven years at Grey, where he helped pitch and win Gillette’s global business, in addition to Bose, Advil, and Applebee’s.

Katie Jensen and Ani Munoz are named group creative directors having also worked for three years together at Grey working on brands such as Best Buy, Downy, Pringles and Marriott. With over 10 years in the business, Jensen and Munoz previously worked at a number of agencies, including Saatchi & Saatchi, Chiat Day NY, Y&R and Ogilvy & Mather.

DDB hired Topol and Barnes to replace Icaro Doria who departed for Arnold Worldwide in August 2017.

“Having worked with Lance, Katie, and Ani in the past, we’re incredibly excited for the creative energy they’re bringing to DDB,” says Topol. Barnes adds, “All three of these outstanding creatives have the kind of fresh ideas we know will usher in a new age for this department and which will take the agency’s reputation to new heights.”