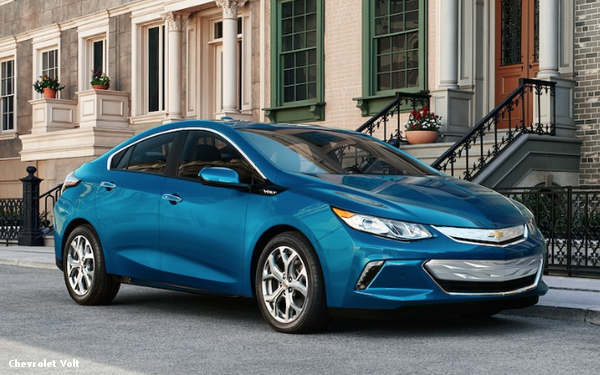 General Motors announced Monday it will end production of six cars that are waning in popularity due to demand for trucks and SUVs. The Detroit-based automaker will lay off thousands of employees, both hourly and salaried.

The automaker is closing five plants, which means the end of production of Buick LaCrosse, Cadillac CT6, Cadillac XTS, Chevrolet Cruze, Chevrolet Impala and Chevrolet Volt, one of the first plug-in electric hybrid vehicles. Despite the end of the Volt, resources allocated to electric and autonomous vehicle programs will double in the next two years, per an outline of planned changes the automaker released.

GM said in a statement that the closures and layoffs are “proactive steps to improve overall business performance including the reorganization of its global product development staffs, the realignment of its manufacturing capacity and a reduction of salaried workforce.”

GM spokesperson Stephanie Rice could not give specifics on how the cuts would affect marketing staffs. The automaker will undertake a 15% reduction in salaried and contract salaried workforce, which includes a 25% reduction in the number of global executives.

The cuts will likely not impact marketing, says Allen Adamson, author of “Shift Ahead” a book about how the best companies stay relevant in a fast-changing world. Adamson is also co-founder of Metaforce and former chairman North America of Landor.

“GM’s challenge is that they need to shift their product line ahead to meeting likely diminishing demand for internal combustion automobiles to electric and autonomous driving vehicles,” Adamson tells Marketing Daily. “Another part of the challenge is that only the SUV segment is growing, as most manufacturers drop standard car lines. The sea of sameness is the SUV segment will put more pressure on companies and their marketing teams to try to differentiate one from another.”

The stock market reacted favorably to the cuts, with GM stock closing up 4.8% at $37.65 per share. Analysts also saw the silver lining to the changes.

“A financially stronger company is always better for the long term, and GM believes that controlling costs now is one of the tools in its kit to ensure that strength,” Stephanie Brinley, principal automotive analyst, IHS Markit, tells Marketing Daily.

Automakers across the globe are working to adjust to the change in market demands, and GM is the third of the U.S. automakers to announce a strong shift away from sedans and passenger cars, Brinley and other analysts noted.

“In that context, if not timing, the moves are not a surprise,” she says. “It wasn’t clear when GM might cull the sedan lineup, or if some nameplates would be salvaged, but a change in the product portfolio is not a surprise.”

In contrast to times past, GM CEO Mary Barra is trying to get ahead of a potential crisis by making cuts now, says Michelle Krebs, executive analyst, Autotrader.

“Each of these moves will contribute to GM’s long-term financial and competitive health, though they take a heavy toll on much of the current workforce,” he says.