With Record Online Sales, Holiday Biz Off To Sparkling Start 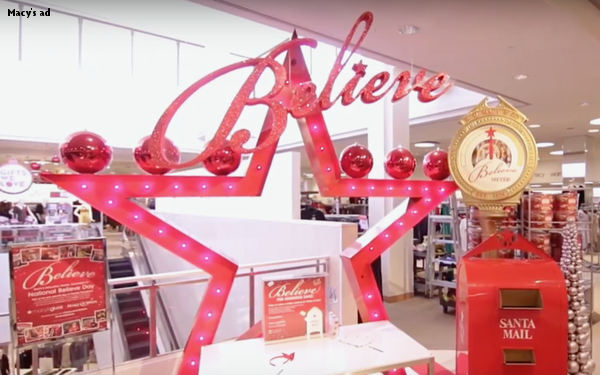 Despite a slight dip in spending, the National Retail Federation says retail sales are on track for solid gains this holiday season, with record results on Cyber Monday and a sharp increase in channel-hopping.

Overall, the Washington D.C.-based trade organization says the average shopper over the weekend spent $313.29, down from $335 last year. And just 165 million shopped between Thanksgiving and Cyber Monday, either online or in stores, a decrease from 174 million last year. They also focused more intently on bargains, with 65% of purchases made on some kind of markdown, up from 61% last year.

NRF execs say those numbers mask how enthusiastic consumers are this season. And with low unemployment, high disposable income and a longer runway between Thanksgiving and Christmas, the association says it now expects total spending for the holiday period to come in at the high end of its earlier forecast, with total sales likely to rise about 4.8% from last year.

“One of the key takeaways is that 89 million people shopped in multiple channels this holiday weekend, which is 20 million more than last year,” says Phil Rist, executive vice president of strategy for Prosper Insights & Analytics, which conducted the survey for the NRF. “We are looking at very strong numbers.”

He also says Gen Z and millennial shoppers, already savvier about shopping in general, intensified their use of social media -- especially Instagram and Pinterest -- as a way to find deals.

Cyber Monday was the most popular day to buy, with 67.4 million shoppers making purchases, followed by Black Friday, with 65.2 million people. And 47.4 million shopped on Small Business Saturday.

The NRF reports that 42% of those in its survey say they shopped at a department store, 38% at online retailers, 30% at apparel stores, 29% at a discount and 29% at an electronics store.

Mobile transactions accounted for 2.2 billion of Cyber Monday sales, and for the first time, more than half (54.3%) of all visits came from smartphones. That marks a growth of 55.6%.

The number of people who bought a product online and then claimed it in-store grew by 65%, which Adobe says is an indication that stores are doing a better job of bridging on and offline experiences.