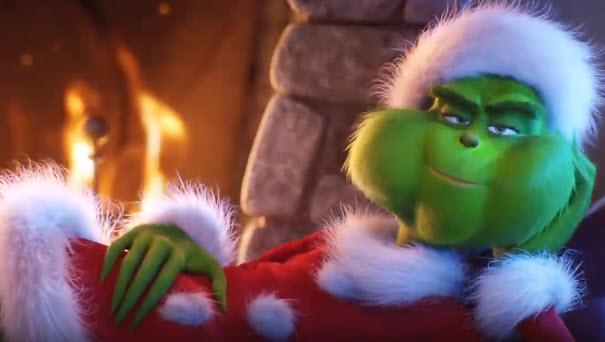 Family Christmas movies inevitably attract a raft of brand tie-in deals, and "Dr Seuss' The Grinch" is definitely no exception.

Brands with "Grinch" deals include IHOP (a perennial partner for Christmas flicks), Barnes & Noble, the NBA and ESPN (a joint campaign) and, perhaps most oddly, the DNA testing service 23andMe.

This one (below and above) is the first TV ad for Wonderful Pistachios' "No Shells" variety -- and, naturally, has the nasty Grinch finding a dastardly way to selfishly enjoy the shelled nuts' convenience factor.

The first spot, released in late October, has the Grinch struggling to maintain his sour face after munching on pistachios.

The ads were created by The Wonderful Company’s in-house agency and animated by Illumination.

In addition, the brand will run the campaign online in China and France, with in-store promotions in those countries plus Canada and Mexico.