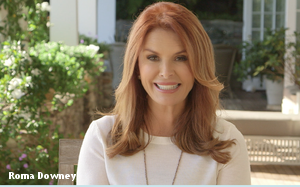 I’ve cut the cord — in my home office, at least, where the TV set is hooked up to an indoor antenna.

Through the tried-and-true magic of over-the-air broadcasting, bolstered by the nearly decade-old changeover to digital multicasting, this set currently receives 34 different channels.

But only five of them can’t be seen elsewhere in the house on sets connected to our corded service: Verizon Fios.

In alphabetical order, they are:

My mission: determine which, if any, of these channels would add to our enjoyment in the living room if included on FIOS.

I immediately eliminated Shop. Sure, it’s always educational to learn about the benefits of the Total Gym, the Copper Chef Wonder Cooker, and so on. But, really, how many shopping/infomercial channels does anyone need?

Justice Network apparently couldn’t get the rights to “Forensic Files,” but it’s filled with reruns of “City Confidential,” “Cold Case Files,” “Deadly Motives” and more shows of the same ilk. In fact, they all seemed rather interchangeable to me, and I decided that Justice wouldn’t add much that’s new to a corded viewer.

Speaking of interchangeable, take Stadium’s sports talk and news shows. It will probably appeal to folks who spend their days listening to sports talk radio or watching ESPN’s “SportsCenter.” I’m not one of them. So without judging the relative merits of such content as “The Sauce and Shram Show, “Campus Insiders,” and “The Territory” versus similar shows, I put a nix on Stadium too.

Arirang intrigued me. Fios doesn’t offer much news and information from a foreign perspective at our subscription level, nor much news from a non-partisan domestic perspective at any level, so I tried “Arirang News.”  I was impressed by the channel’s objective coverage, even of such issues as North Korea’s nuclear situation. Arirang also includes fare like “Showbiz Korea,” “Arts Avenue” and a k-pop treat, “Pops in Soul.” Thumbs-up!

I approached the nearly year-old Light TV with trepidation due to its original “faith and family” hype.

But Light, whose slogan is “There Is Something Good On,” turned out to be more family than faith.

While such daily sentimental schmaltz as “Highway to Heaven,” “Heartland,” “Flipper: The New Adventures” and the original “Flipper’s” old adventures aren’t my cup of tea, I can always watch a harmless movie like “Yours, Mine or Ours” or a classic musical like “Fiddler on the Roof.” Plus, “The Patty Duke Show” airs weekdays (4 p.m ET) — and when was the last time you saw (or even heard of) Lloyd Bridges in “Sea Hunt” (6 a.m.)?

Every Saturday night at 10 p.m., Downey also introduces “Movies That Matters,” described as “timeless movies themed around family, inspiration and triumph.” December’s selections will include “The Bishop’s Wife,” “Nutcracker: The Motion Picture,” “The Greatest Story Ever Told” and…”Gimme Shelter”???

Hold that thought! I’ve got to get back to the TV set. A great girl group, ShaFLA, is singing on Arirang!&