AT&T Suggests Advertising Will Be Key To OTT Future 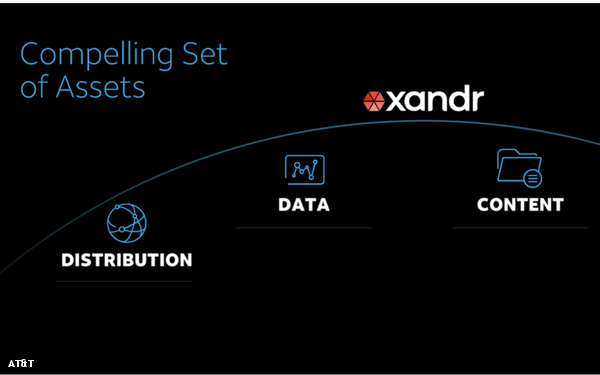 AT&T says the future of its media and entertainment businesses is in over-the-top video and advanced advertising.

At an investor event held Thursday evening, executives from all the company’s business units outlined their plans for 2019 and beyond.

For starters, AT&T’s WarnerMedia business unit, which houses the remnants of Time Warner, revealed details of its upcoming streaming video service, which will feature three tiers of service at three price points.

Stankey said company research shows consumers are willing to spend about $150 per month on entertainment, split between streaming services and big bundles.

"We understand that this product has to be good enough to be part of the essential consumer set that somebody thinks about when they spend their $150 per month,” he said.

One way to bring that price down for consumers is to include advertising. Stankey sought to reassure advertisers and marketers that his business unit believes streaming video will always have a robust ad-supported market.

“Consumers clearly like the breadth of content that is available today. They like the choice. And a lot of that choice comes on the back of ad-supported models,” Stankey said. “Things have to change [with ad models],” creating less intrusive and more targeted ads.

Indeed, AT&T stated it was looking at launching an “advertising-supported video on demand service in the future,” based on the platform it will launch next year.

AT&T’s advertising unit, Xandr, will be at the center of its effort to transform the video advertising business. Xandr CEO Brian Lesser told analysts it plans to “take the data the OTT product produces and turn it into even more valuable advertising inventory.”

Then there is DirecTV Now, the streaming video bundle offered by AT&T’s entertainment unit. The company revised its guidance, telling analysts the service would likely have “negative net adds" for the remainder of this year and 2019. However, it also said it would have “increased profitability in OTT video,” bolstered by price increases and hopefully more advanced advertising.

John Donovan, CEO, AT&T Communications, told investors the company would refocus its product to create “video offerings to serve all the different segments, with a focus on making each of those products profitable.”

“We have to find skinnier packages that fit viewing profiles,” Donovan added. Doing so could allow them to “get the incremental opportunity available from ad monetization” available from the company’s Xandr ad business.