Live Long And Prosper: Network Shows Are Sticking Around 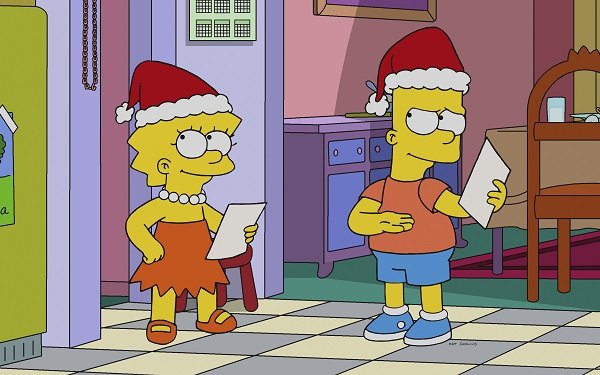 A thought-provoking analysis of the broadcast networks’ prime-time lineups reveals that long-running series airing for a decade or more -- both scripted and unscripted -- are conspicuously plentiful these days.

Does this indicate a high degree of stability where network content is concerned? Or does it reveal an industry that is reluctant to change and innovate, and clings too tightly to the tried and true?

This blog topic comes courtesy of The Hollywood Reporter, which posted this feature on network TV's long-running shows on its Web site last Friday.

Of course, “The Simpsons” is exceptional -- an animated series in which the characters never age. Sunday night's Christmas-themed episode (pictured above) was promoted by Fox to mark the show's 30th season (even if the show premiered as a regular series 29 years ago this month -- on December 17, 1989, with a Christmas episode titled “Simpsons Roasting On An Open Fire”).

On the one hand, the pictured shows and others (such as “Law & Order: SVU” -- 20 seasons on NBC) represent shrewd business decision-making on the part of the networks. These long-running scripted shows all enjoy a lucrative afterlife in broadcast, cable and/or streaming distribution.

In fact, as some of the execs interviewed in the THR piece assert, the exposure these shows get on streaming services such as Netflix has actually acted as a booster for their longevity as younger audiences discover the episodes from long-ago seasons and then binge-watch them.

A hospital-based soap opera such as “Grey's” would seem to lend itself to this kind of consumption more than, say, “NCIS.”

But whatever the show and its binge-worthiness, continuous exposure on multiple platforms seems to be playing a role in keeping these and other network shows alive for longer than they might have run in the pre-streaming era.

Think of them as long-running brands. The longer these shows run and their popularity holds up, the more the networks will hesitate to do away with them.

TV show titles are brand names -- which is one reason why the networks are rebooting so many older titles these days. CBS, of course, is the most prolific at this with “Magnum P.I.,” “MacGyver” and “Hawaii Five-O” (to name three of them).

People recognize these titles, which, the theory goes, gives them a leg up on shows with titles nobody has ever heard before, although the audiences for the original versions of shows like these would seem to be older than the target audiences these networks say they want to reach. TV is nothing if not complicated.

With so many shows still airing that are well over 10 years old, the broadcast networks would appear to be going against the grain, defying the evolution of television in the past decade in which short-flight “limited” series proliferate all over the place and disappear almost as soon as they appear.

So much as changed in TV (and media generally) in the last 10-15 years that it can almost seem as if network television is suspended in amber, still developing and producing shows the old-fashioned way -- building shows around doctors, cops, detectives, lawyers and FBI agents, all with built-in breaks for commercials.

The more things change, the more they stay the same? Hey, if it ain't broke, why fix it?

tv
4 comments about "Live Long And Prosper: Network Shows Are Sticking Around".
Check to receive email when comments are posted.
Read more comments >
Next story loading