The End Of Advertising? 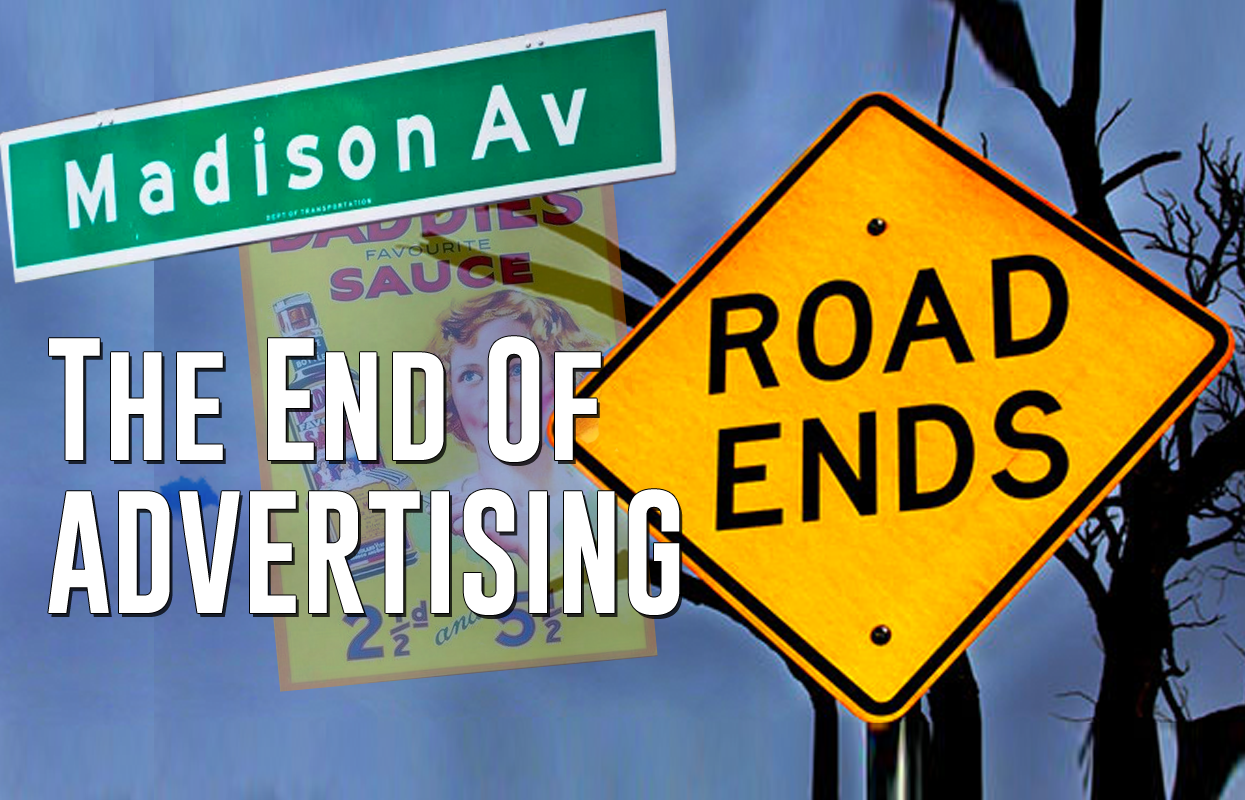 If you stand back and look, it all looks pretty simple.

Media companies have thrived by giving away content and then selling the purveyors of goods and services the opportunity to hawk their wares on the pages of magazines, newspapers, and on television screens.

And for a while, that worked out fine. Today, not so much.

This was the so-called “democratization” of publishing. The only problem is that internet ad tech didn’t keep up with the promise that advertising would evolve from a mass to a targeted niche business. Advertisers today want a targeted audience, and they pay in what seems in large part to be based on old-world mass media metrics.

Meanwhile, content creators struggle between a tug of war between what consumers want, and what advertisers will pay for. It’s uncomfortable, and it’s getting worse every day.

The headline of the moment is the rather unglamorous demise of Mic. But I would argue that’s just a symptom. Advertisers pay for mass audiences, and readers and viewers are increasingly moving to narrowcast relevant voices.

But there are some signs of hope. As annoying as they are, the increasing use of paywalls are shifting users from consumers of free content to subscribers.

Patreon is growing as a platform that allows users to tip content creators. Civil is a journalism platform built on blockchain technology to give journalists ownership and control of their content.

A new attention economy is on the horizon — one where content creators are paid based on how people watch, read, share, and comment. The more active content participants (note, I didn’t say “consumers”) are rewarded for their curation and amplification. More passive members pay into the system with micropayments.

Imagine a future that works like this: a site that pays members for posting and curating content. It uses micropayments backed by a tradeable currency, operating on a Bitcoin cryptocurrency generation model to finance content optimized for stories that encourage and appreciate active rather than passive consumption.

There is a clear value in publishing on a site where user participation is valued. It remains to be seen whether the model of small typical rewards and the possibility that a post might generate substantially more are enough to incentivize long-term participation or a greater focus on informational posts in the long term.

Now, this isn’t to say that advertising is gone. Rather it’s back to its appropriate place: selling mass-market goods using mass-media metrics.

But for content communities that have grown up on the web, those economics just don’t hold up. Creators want to reach people, to activate conversations, and to reward engagement and content sharing. The payback isn’t in goods sold, but in ideas amplified. And for those editorial startups, a new blockchain economic model is now on the horizon.

online publishing
5 comments about "The End Of Advertising?".
Check to receive email when comments are posted.
Read more comments >
Next story loading