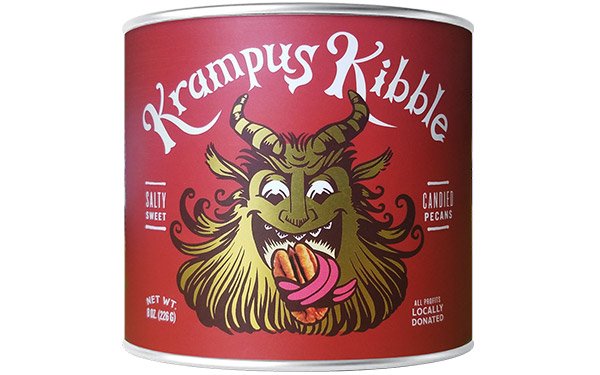 Newly rebranded agency Crispin Porter Bogusky leaped into the holiday spirit yesterday with a live stream via Rocky Mountain Pro Wrestling of its "Wrestling With The Holidays" challenge. It pitted “The Chairman” Chuck Porter against cofounder Alex Bogusky in a battle for “naming rights” for the agency.

The two had been “feuding” (wink wink) for a week before the Thursday, December 13 match over “Crispin Porter Bogusky” — the name that has been in place for decades, which Porter favored keeping — or “Bogusky Porter Crispin,” a new reordering favored by Bogusky.

The headline match between Bogusky and Porter took a turn after “The Chairman” brought his lawyer with him, a rather large man who ended up taking Bogusky down in the ring. And thus, Crispin Porter Bogusky has been retained as the name of the agency, albeit per the rebranding, with a shift in the “+” sign to the end of the name in the firm’s redesigned logo.

Madwell's holiday card invited 11 of the agency's designers from its Brooklyn and Denver offices to reimagine Yule logs, including one graphic of a donkey running atop of the log.

Circus Maximus takes a more traditional route to holiday gifts, opting for a useful gift. Based around the agency's motto of "don't try to stand out or be unique, get people what they want," lucky clients and staffers are receiving Yeti tumblers.

Marcus Thomas (MT) convinced its clients and friends the shop splurged on an insane holiday display and invited them to tune in via Facebook Live for the grand lighting ceremony.

After a four-day promotional blitz featuring email, paid social and a landing page, spectators tuned in live to watch MT reveal the prank, two mostly-functioning strands of lights on one dysfunctional 6-foot tree.

However, MT then followed this joke up the next day through email and retargeting efforts to inform everyone the agency had spent its entire lighting budget on a gift to the United Way of Greater Cleveland. MT also invited friends and clients to improve upon their display and their donation through an online store.

MARC USA is hoping to provide some emotional support through its holiday greetings. The agency's card serves as a decoder to shed some light on one's seasonal subconscious by asking specific questions and then providing the answers. For instance, those seeking possible gift suggestions are directed to this link.