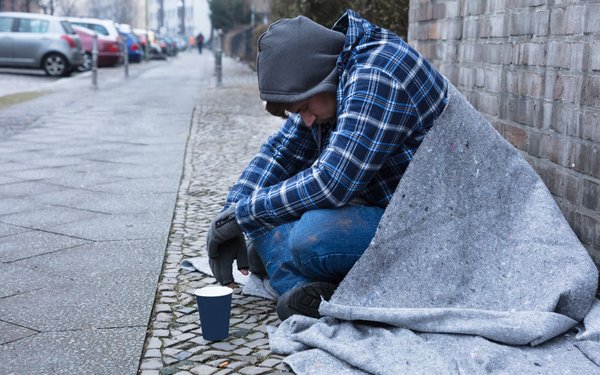 Americans are showing less passion for charitable-related initiatives this holiday season, a potential warning sign for advertisers who have been increasingly tapping into this emotional marketing message, according to a survey conducted by Omnicom's agency Ketchum.

Those specifically planning to donate to disaster relief has decreased 18% over the last year, despite the fact that 2018 is likely to surpass 2017 with 11 disaster events with losses exceeding $1 billion. 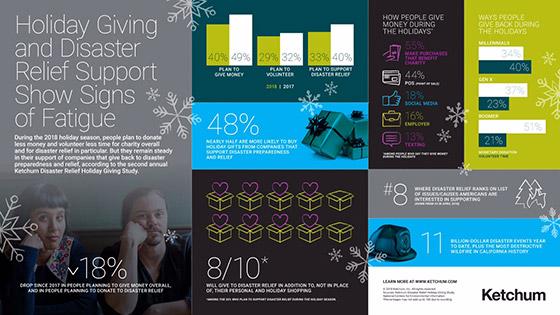 The ways in which people make their donations is shifting as well. Although cause-related product purchases and point-of-sale donations remain prevalent, at 55% and 44%, respectively, both have declined slightly since 2017.

“2018 was a charged year, with many people having very strong opinions about issues they care deeply about," says Monica Marshall, senior vice president and director, Ketchum Purpose. "We saw an increase in passionate participation in causes, and even rage-giving. On top of that, the U.S. was inundated with disaster after disaster, and these factors were likely major drivers of the giving fatigue identified by this study.”

Still, companies continue to play an active role in how and whether people donate. While disaster support has not been a priority for direct giving this year, half of Americans are more likely to buy holiday gifts from companies that support disaster preparedness and relief.

“We continue to see consumers preferring brands that drive awareness and funds for causes,” says Marshall. “This means companies committed to issues that align with their mission and their customers’ values can differentiate while increasing consumer loyalty."

Volunteering ranks higher among millennials (40%) than Gen Xers (23%) and Boomers (21%). Older Americans, by comparison, are more likely to open up their wallets with 51% planning to make direct charitable contributions.

“Despite disaster giving fatigue, there are still many signs that people want to help others with contributions that matter," stated Michael Anderson, corporate reputation specialist, Ketchum.