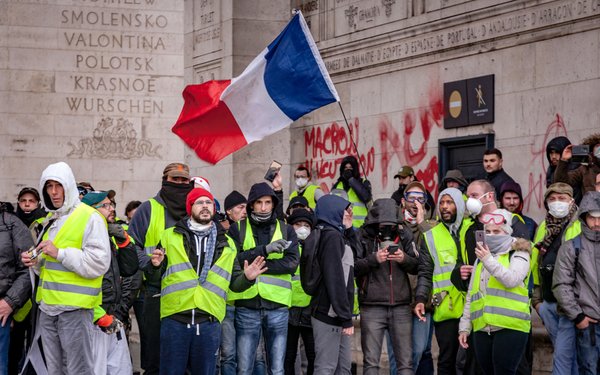 France, unwilling to wait for taxation reform, will implement a new tax on big technology companies as it waits for the European Union to impose an EU-wide levy for online services.

The GAFA tax -- named after Google, Apple, Facebook and Amazon -- would also affect others. France had previously said it would implement this decision if European Union finance ministers failed to agree on a digital tax next year.

The French Finance minister Bruno Le Maire estimates the tech tax, which takes effect from January 1, 2019, would raise more than $567 million in its first year.

France also has been working with Germany on plans for a 3% tax on EU advertising sales that would begin in 2021. And a group of world economies has been working on proposals to regulate international tax from technology companies.

Other countries within Europe also have been pushing for a tax. But unable to convince other EU countries, French regulators took it upon themselves to implement this tax.

In addition to Germany, the United Kingdom has been a leading influence to change the tax laws, but the process has been “painfully slow,” Chancellor Philip Hammond told The Guardian.

Hammond introduced a digital sales tax in his budget proposed in October.

“We cannot simply talk forever,” he said. “So we will now introduce a UK digital services tax.”

Alphabet, for example, which generates £7.6 billion only pays £49 million in taxes. Facebook generates £1.3 billion, but only pays £16 million, according to data.

Citing the Commission in March 2018, the BBC reports that top digital firms pay an average tax rate of just 9.5% in the EU, much less than the 23.3% paid by traditional companies.

“I suspect that for Google and Facebook it’s much less than that, [the 9.5%],” said Brian Weiser, analyst at Pivitol Research.

The biggest roadblock to tax reform, it requires a unanimous vote. Every European Union member country must vote for reform. Countries with big local markets were in favor of the move, but many smaller countries do not support the tax.