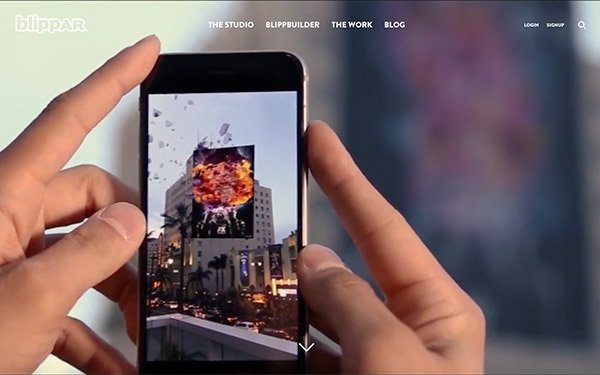 Blippar, the augmented reality powerhouse, is no more.

Administrators are taking control of the UK-based company and all employees are being let go, according to an announcement by Blippar.

“At all times our goal has been to help drive the AR industry, encourage innovation, build incredible experiences and tools for our clients, and deliver long-term value to our shareholders,” stated the Blippar post.

As augmented reality companies go, Blippar was big, but it wasn’t first.

Back in 2012, I visited the headquarters of AR pioneer Layar in Amsterdam and met with the leadership team, a few years after the company was formed in 2009, as I wrote about here at the time (Wallking Before Running Into Augmented Reality).

The early days of augmented reality were focused on real estate, so a potential house buyer could point their phone at a building and, via the Layar app, see details about the house and its purchase price.

Layar ultimately found its way into magazines on pages with a Layar call-to-action logo for  magazine readers to point their phone cameras to create an AR experience off the magazine pages.

Blippar then raised $45 million from investors with the intent of developing image recognition for campaigns. Blippar demonstrated its AR visual image search as a new version of its mobile AR search engine at SXSW in 2015. By then, Blippar had become the world’s largest image recognition and augmented reality platform.

In March 2016, Blippar raised another $54 million to further build out its AR virtual search engine with the goal of building a visual catalog of every object in the world, using image recognition technology and machine learning. Yes, “in the world.” The company then had about 60 engineers and 300 employees in 14 offices globally.

In July 2016, just one month later, the blockbuster augmented reality game Pokémon Go was launched and the market quickly decided how it wanted to use augmented reality, and it wasn’t by using a visual search engine.

Blippar was still developing. In December 2016, the company expanded its AR visual search browser to recognize faces in real time, allowing a person to point their camera phone at any person or image in a picture or image on TV and the Blippar app would return information about the person from the company’s database of more than a few billion facts. Rather than clamoring for that, the market was learning about augmented reality via Pokémon Go.

In August 2017, Blippar launched a feature called Urban Visual Positioning, which used computer vision to estimate the latitude, longitude and orientation with respect to the surrounding environment of a user’s phone. That development was to support a new generation of location-based AR that required precise pose estimation to overlay complex visual content onto physical stores.

By then, the tech powerhouses had followed Blippar into augmented reality but in a very big way.

By September 2017, about 15 million augmented reality apps had been built using Apple’s ARKit, and Google ARCore platform was available for more than 100 million Android phones.

As another point of context, at the iPhone app store, Blippar has 128 ratings; Pokemon Go has 128,000. Pokémon Go has been downloaded more than 800 million times. Augmented reality is going strong.

Meanwhile, Blippar is winding down the business.