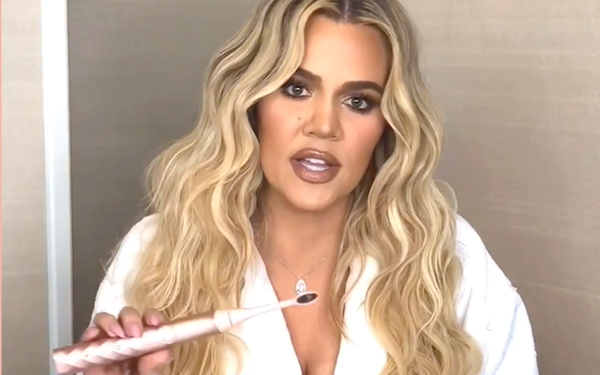 So far a $200,000 investment in the campaign is responsible for driving $450,000 in revenue and reaching 6.5 million consumers, according to Facebook Pixel.

The campaign’s anchor is a nearly three-minute video that features Kardashian demonstrating the Burst brush against competitors as she attempts to clean coffee grounds enmeshed in corn on the cob. (Not the most scientific of tests, but visually impressive.)

While Kardashian was given talking points by agency MuteSix, she interjects several off-script points, such as joking about not knowing how to describe the rival automatic toothbrush.

The Corn Test campaign was also designed to leverage Burst’s niche audience by encouraging fans to post their own “confessional” videos.