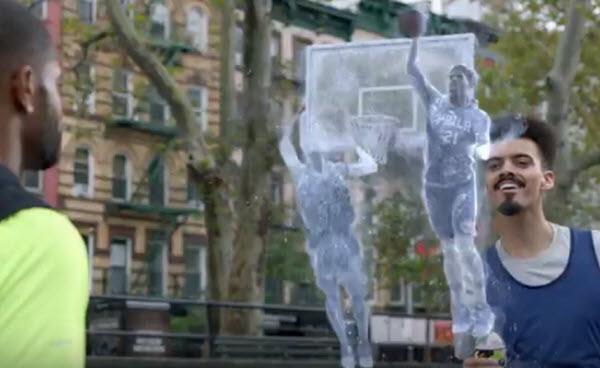 In the 30-second ad (below), the Philadelphia 76ers’ Embiid — a Mtn Dew spokesperson since last year — and Bach create ice personas who face off on an imaginary ice basketball court on a city street.

It will air first during the 76ers’ Christmas Day game at Boston, on ABC, and run throughout the 2018/2019 NBA season during games broadcast on Turner networks and ESPN, as well as ABC.

Meanwhile, for the holidays, the PepsiCo brand is promoting a seasonal cranberry/pomegranate flavor, Mtn Dew Mash-Up, by encouraging fans to make a fruitcake recipe that uses the soda in the cake and its icing. The recipe was created with Brooklyn-based pie bakery Four & Twenty Blackbirds.

Hundreds of recipes on the internet include original Mountain Dew as an ingredient, according to the PepsiCo brand.