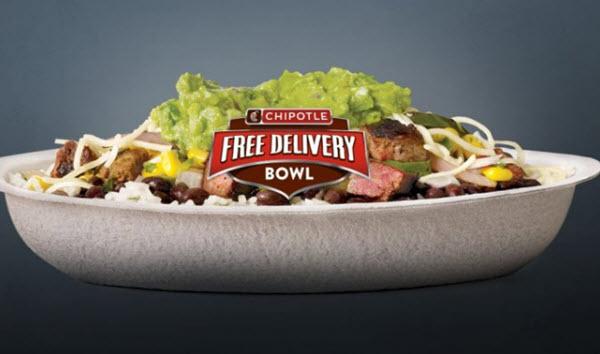 Chipotle Mexican Grill is making a big play for college football fans with its first float in the Rose Parade on New Year’s Day and a campaign promoting a free-delivery offer.

I’m reaching out to let you know that Chipotle is bringing its mission to cultivate a better world to life through a Rose Parade float made with its real ingredients on New Year’s Day.

The “Cultivate a Better World” float, in line with the brand’s promise of “real” ingredients (its current campaign is dubbed “For Real”) will be built out of actual ingredients served in Chipotle restaurants, including lemons, corn, onions, chipotle chilies and lettuce. It will also feature a giant red tractor symbolizing the work of local farms.

Representatives from actual farmers and suppliers of the chain’s ingredients, along with the rock band Portugal. The Man, will ride the float.

To promote its expanded direct delivery capability through DoorDash, announced in August, the brand is also launching a campaign to promote a “Free Delivery Bowl” offer: free delivery with any order of $10 or more, good through January 7.

The campaign, from includes TV spots from Venables Bell & Partners, digital and social advertising, PR, and presence at 34 bowl games. During games at some stadiums, the brand will surprise a row of fans with a gift of free delivery for a full year.

The offer and campaign are in place of the brand's usual annual sponsorship of a bowl game.