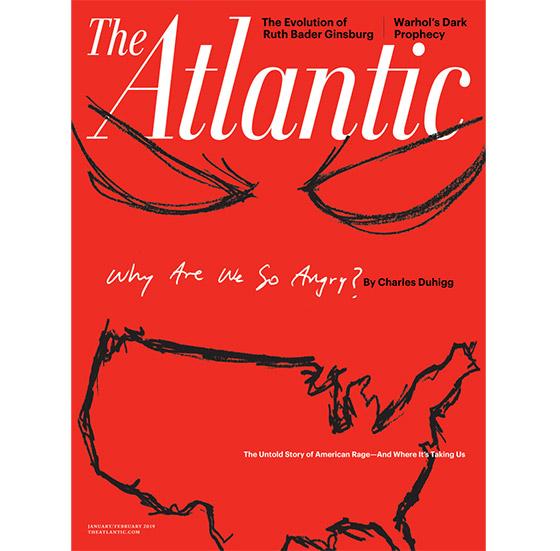 The Atlantic has hired design team Peter Mendelsund and Oliver Munday to revamp the look of the magazine. Mendelsund, well-known as the longtime associate art director for publishing house Alfred A. Knopf, will serve as The Atlantic’s creative director.

Mendelsund and Munday will take on their new roles in February 2019.

Mendelsund will oversee The Atlantic’s design and visuals across platforms, including its monthly covers, TheAtlantic.com, video, podcasts and newsletters.

The Atlantic’s editor-in-chief Jeffrey Goldberg stated he will “lead a once-in-a-generation re-imagining” of the magazine’s design.

Munday, Mendelsund’s frequent design partner, will serve as the magazine’s senior art director. He will focus on leading the art teams for both the magazine and website.

Munday and Mendelsund have previously consulted on several recent issues of The Atlantic, including the covers for the October, November and December issues, as well as the January/February 2019 issue, “Why Are We So Angry?”

She will oversee the company’s growth and digital evolution. Harp will lead the development of new branded products, including a series of video-focused engagement sites featuring dancer-led content.

For over eight years, Harp was group publisher-vice president at Lifestyle Media, where she launched a number of brands, including Pointe. She has also held executive posts at Haymarket, DC Comics, Crain Communications.

In 2016, Macfadden Communications Group, which formed the Dance Media portfolio in 2006 (also the same year it acquired Pointe from Lifestyle Media), sold the publications to investment banker Frederic
M. Seegal.