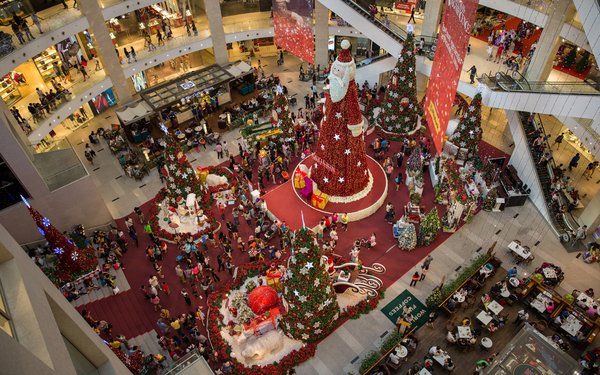 U.S. retailers may have spent less on some advertising during the days leading up to the holiday season, but Mastercard SpendingPulse estimates consumers online spent 19.1% more from Thanksgiving through Christmas.

The online gains during the holiday season contributed to a 5.1% rise to more than $850 billion this year in credit card, cash and check payments, the strongest growth in the last six years.

It's not clear from several data sources if brands simply did a better job in getting their message to consumers and just needed to spend less in some advertising categories, or if consumers were just willing to open their wallets a little wider with less coaxing.

The Mastercard SpendingPulse report details holiday shopping from November 1 through December 24. Key findings of the report suggest that despite weather challenges, retail prospered.

Following two years of growth, department stores finished the season with a 1.3% decline, compared with 2017. Online sales for department stores, however, grew 10.2%. In store sales suffered a big on Black Friday on the East Coast due to bad weather.

Overall, apparel grew 7.9%, compared with 2017, following a strong back to school season and recording the best growth rate for the holiday season since 2010.

Consumers also spent on material to improve things around the home. Spending rose 9%. This trend started before the holiday season and helped the sector power through to a strong finish.

Despite the home furniture and furnishings category growing 2.3%, electronics and appliances fell 0.7%.

Amazon also experienced a record-breaking holiday season, but couldn’t always deliver on the products because they either sold out or got lost in shipment. There were reports of at least one driver dumping packages in a trash bin.

Consumers, however, searched on Alexa for nearly three-times as many recipes this holiday season compared to last, and asked for cooking-related advice twice as much.

Hundreds of thousands of people searched for information on how to mix drinks, with eggnog and Moscow Mule being the most requested drinks.