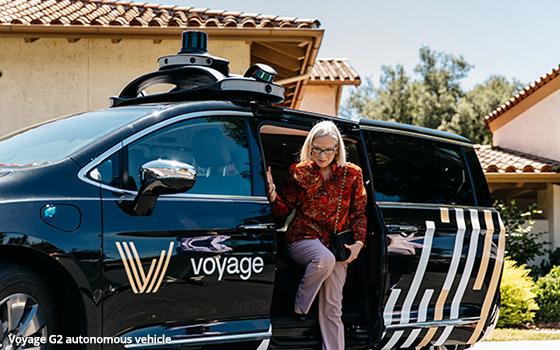 Favoring a slower and simpler environment for autonomous vehicles a startup, has signed a license to deploy a self-driving ride-sharing service at the Florida retirement community The Villages.

The cars use eight cameras and five LiDARs (Light Detection and Ranging) systems that scan around the car 10 times a second, according to the car company Voyage.

Following a launch of autonomous vehicles at The Villages San Jose and receiving funding of more than $20 million, Voyage expanded to The Villages community north of Orlando.

“Because we believe that starting simpler and slower is the right approach, Voyage has secured an exclusive, multi-year license to deploy an autonomous ride-sharing service at The Villages, the largest retirement community in the world,” stated Voyage CEO Oliver Cameron in a blog post.

“By 2060, more than 100 million Americans will be over 65. This is a huge market for self-driving cars. We must improve the transportation options available for senior citizens, and we think that our self-driving car will bring about the necessary safety, cost, and convenience benefits that this growing demographic so badly needs.

The speed of the autonomous vehicles is limited to 20 or 25 miles an hour, depending on the reduced posted speed limits in the retirement community.