What Is The Data Strategy Behind Tesla Naming Oracle's Ellison To Board? 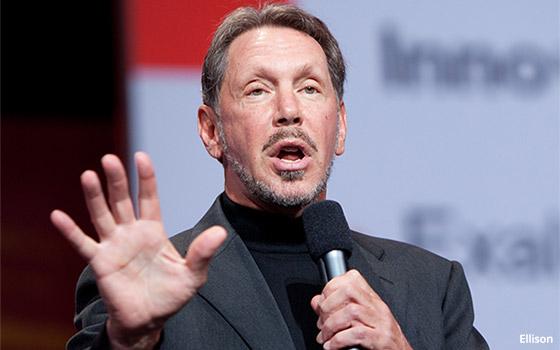 Tesla's appointment of founder and Executive Chairman of Oracle Larry Ellison to the board could have a material impact on the company's data strategy. Data helps Tesla understand its existing and potential customers.

Along with Ellison, Tesla also named Kathleen Wilson-Thompson of the Walgreens Boots Alliance -- a global pharmacy focused on health and wellness -- to the board as independent directors, effective December 27.

The board members were named as part of deal made in September with federal regulators following Tesla CEO Elon Musk's tweet about taking the electric carmaker private. The Securities and Exchange Commission charged Musk with misleading investors after he tweeted on Twitter that he had secured funding to take the company public.

The role of an independent director is to guide the company and improve corporate credibility and governance standards. The position basically functions as a watchdog to ensure good governance.

Ellison, known as an entrepreneurial maverick, cofounded Oracle in 1977 as an enterprise software company, and by 1992 the company was the leader in database management. Latest estimates put Oracle’s revenue at nearly $40 billion in 2018.

Although unconfirmed with Tesla, it seems that aside from professional guidance, software and data will likely support everything from advertising to manufacturing in an effort to reduce the time from production to customer deliver to 10 days.

“This will bring about a drastic reduction in inventory and amazingly fast cash conversion,” wrote Trip Chowdhry, managing director at Global Equities Research, in a research note published Friday. “This should bring Tesla to the landmark old DELL model of negative operating working capital.”

The company relies on word of mouth, reviews, and media reports. In fact, The Verge reported that Tesla’s latest manufacturing facility called Gigafactory cost about as must as what General Motors spent on advertising, $5 billion, during the same time period in 2017.

It will be interesting to watch how the relationship between Tesla and Oracle develop in 2019, from software to voice search in the cars tied to databases to cloud computing.