One For The Books: Holiday Spending Up 5.1% 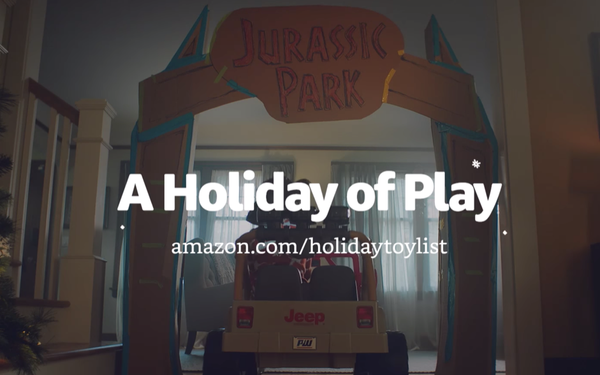 Investors and fund managers may have spent the holiday chewing their fingernails, but consumers had all kinds of confidence, with Mastercard SpendingPulse reporting a 5.1% jump in seasonal spending.

Amazon is also crowing about a banner year, selling millions of devices and signing up “tens of millions” of new Prime customers. And it says Alexa had her hands full, too, with people asking the voice assistant to turn on the Christmas tree lights more than any other request.

Other signs that America is further warming up to Alexa? Amazon says it delivered eight times as many reminders this season, set more than one hundred million timers and answered three times as many recipe requests. (In terms of adult beverages, eggnog and the Moscow Mule were the most requested drink recipes.)

The Mastercard tally, which includes sales from Nov. 1 through Dec. 24, says the season’s big winners include clothing, up 7.9%, the biggest rise since 2010, and home improvement, up 9%. Sales at department stores slipped 1.3%, although e-commerce results grew by 10.2%.

And while Mastercard says the electronics and appliances category was a soft spot, dropping 0.7%, Amazon says its devices were big sellers, up in the millions over previous years. The biggest hits? Echo Dot, Fire TV Stick 4K with all-new Alexa Voice Remote and Echo.

The Seattle-based company says it shipped more than 1 billion Prime items in the U.S. for free, and that best-sellers included Bose QuietComfort Wireless Headphones, L.O.L. Surprise! Glam Glitter Series Doll and clothing from Carhartt, among others.